Begonia ‘White Ice’ At this wintery time of year, we celebrate the chilly temps with a photo of Begonia ‘White Ice,’ a cane-like cultivar known for being a vigorous Begonia. Its leaves are deep green in color and covered with white spots that resemble drops of white ice. The leaves are edged beautifully with the same silvery spots. This cane-like cultivar was created in 1998 by Charles (Chas) McGough, an ABS member in Texas who is an artist and known for putting those talents to work in his hybridizing. Begonia ‘White Ice’ | Photo Credit: Fort Worth Botanic Garden
In the July/August 2000 issue of The Begonian Chas said, “I wish I could give some profound reason on just how you should go about choosing candidates for hybridizing begonias, but I can’t. In general, I work toward what you might call “most” goals, such as: the tallest, the smallest, the darkest, the lightest, most flowers, the largest flowers, the most intense flowers, the most spots, the most sun tolerant, and so on. Every artist has certain areas in design which are more exciting to him or her than others…for me these areas are contrast (or opposites) and linear qualities. Unconsciously and/or sometimes very deliberately I cross plants with this in mind. An example of a recent cross is B. ‘White Ice’ where I took B. ‘Flamingo Queen’ (lots of spots, a large, elongated leaf with a point) and crossed it with B. ‘Whiskey’ (very much the opposite: small leaf, no spots, tight, short, and very vigorous grower). I just sat back after planting the seeds to see what would happen.”

These photos were taken at the Ft. Worth Botanic Garden Begonia Collection, Texas, home to hundreds of Begonia cultivars and species and generously tended to by ABS volunteers who live in the area. 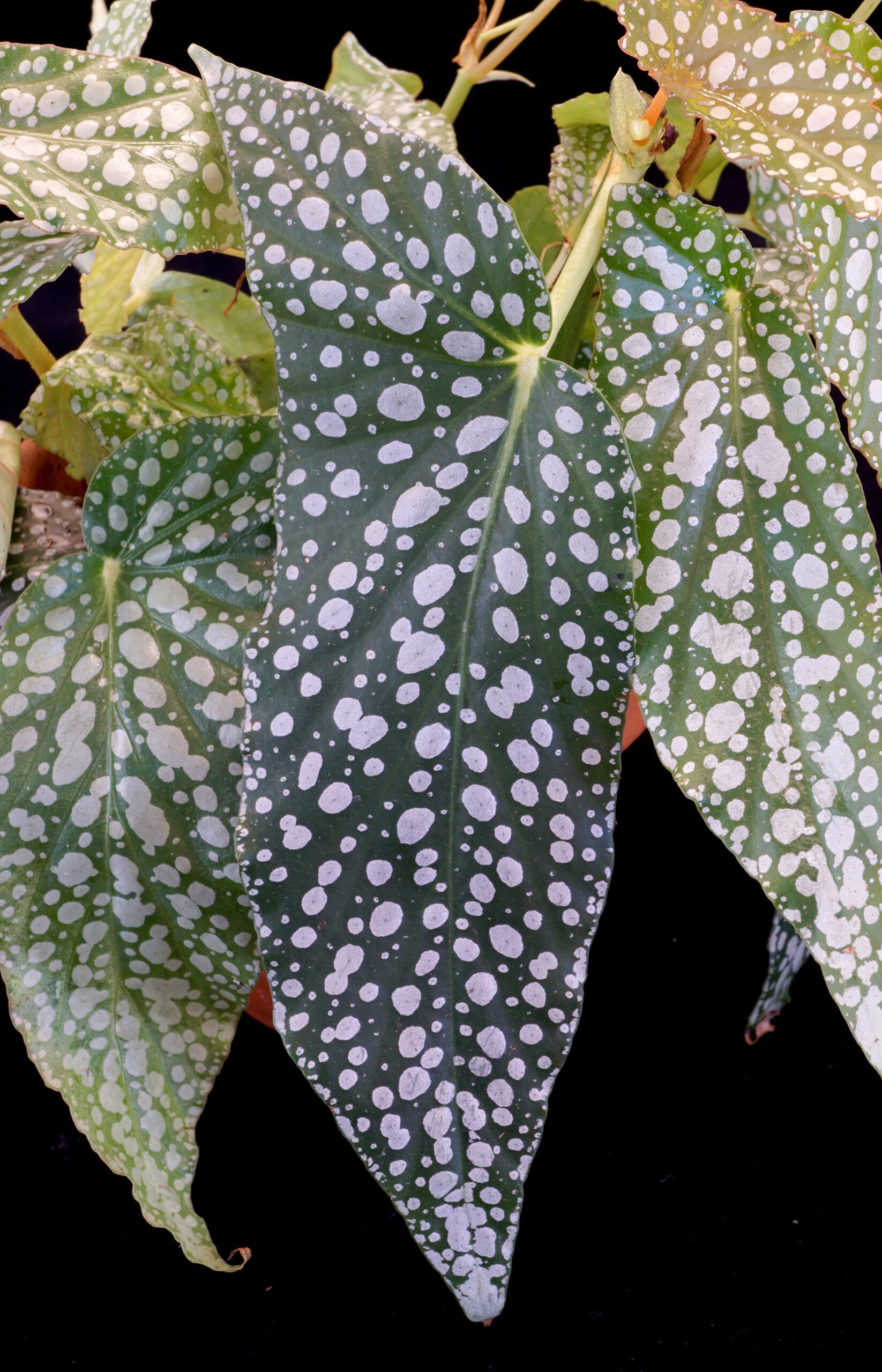 Charles McGough, writing as Chas McGough, has released a number of fiction novels mixing murder mystery with art and Begonia hybridizing, as well as creating beautiful art in a variety of media.