The U Number program was started in 1981, by Carrie Karegeannes and Thelma O’Reilly, Co-Directors of Nomenclature for ABS. They published “U-numbers to identify unidentified species”, in The Begonian, February 1981, Volume 49, pg. 33-39. This article included the first listings of U Number species along with a description of why and what the U Number program is. For example, A Begonia found in Burle Marx’s garden in Rio de Janeiro, Brazil, in the 1970’s, was commonly referred to as “Brazil species No.3”, per the Kartuz Greenhouse and Mildred Thompson plant catalogs’ designations. In 1981, ABS formally assigned it a U Number: Begonia U003. Then in 2009 it was identified and published, and became B. soli-mutata 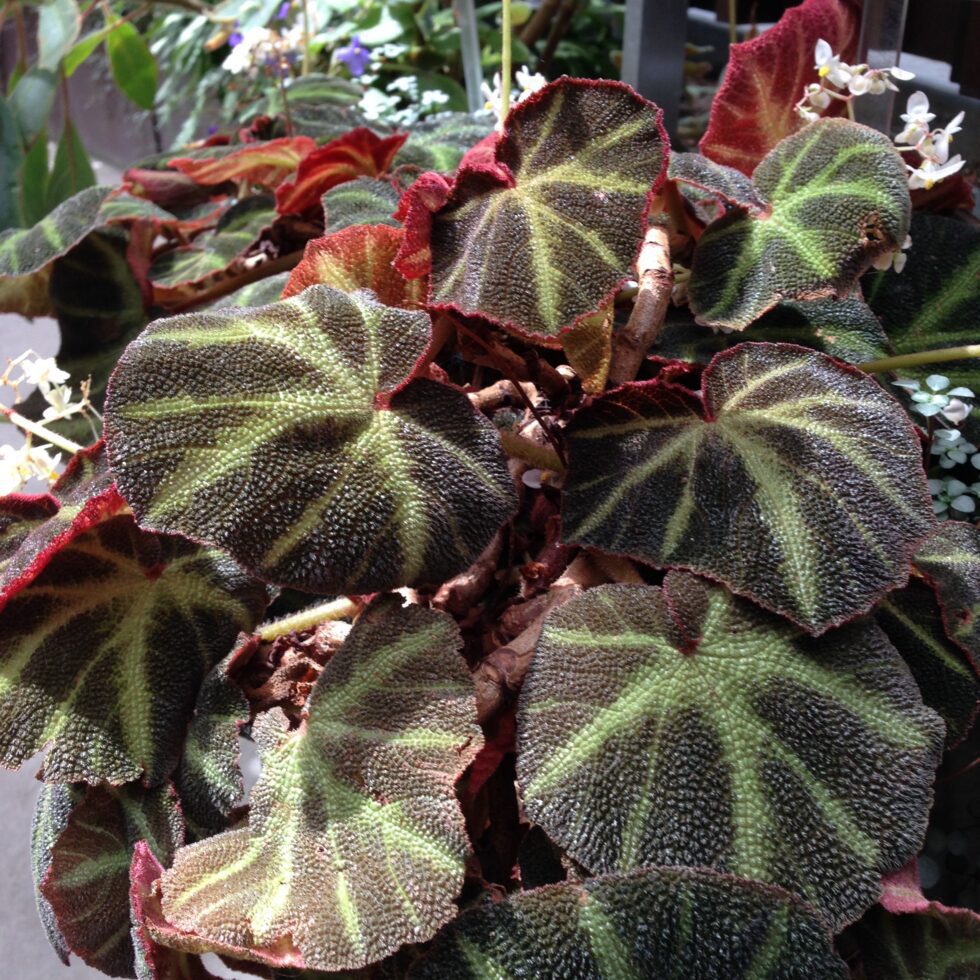 The ABS U Number Committee maintains the U Number List, adding additional information about the Begonia as it is available. The U Number Committee also provides updates when a plant is identified or officially assigned a proper name that replaces the U number. It is very important to assign U Numbers to unidentified species. Adding an unpublished species to the U Number List serves to bring that species to the attention of botanists and taxonomists in the hope of accelerating it toward publication. Publications of species, which optimally includes known native ranges, and the extent to which a species is vulnerable to extinction, is a mandatory prerequisite if a threatened species is to be afforded protection under governing law.

Can you help us by providing additional information about, or photos of, U Number listed species? Of highest value is G.P.S. location information, which greatly facilitates species publication. Contact the U Number Committee

While the ABS unidentified species U Number Program is unique to begonias and has no real taxonomic standing, ABS encourages hobbyists and commercial growers to use U Number names, until the species is identified or named. The ‘U’ is capitalized, and is followed by a three digit number assigned to the plant. There is no hyphen or space between them, no single quotation marks used, and the entire U name with number is italicized.

Here are a few recent, interesting additions to the Unidentified Species Listing:

This species was collected in Sarawak, Borneo around the Baram River Basin (upper strain). This river originates in the Iran mountains which divide East Kalimantan and Sarawak. The river flows west through the rainforest to the South China Sea. This would be in the lower elevations.

Begonia U496 is a tuberous Begonia grown from seed collected by Mary Sizemore in Vietnam. Cranberry-red stems are lax and tend to lean over onto the planting medium. The medium green 4.5 inch to 5-inch leaves have a cordate base and look like elongated hearts. Irregularly shaped, slightly depressed silver spots cover the leaf between cranberry-red veins. Begonia U496 needs terrarium care or 70% humidity; the leaves are thin and wilt quickly in room air. It can be trimmed and kept in an 8-inch terrarium, or will fill a much larger one. The plant will grow in chopped sphagnum moss or in a free draining soil mix. Under lights, it will bloom on and off year-round on new growth. Fertilize with a slow-release product or with a dilute house plant fertilizer a few times a year. Propagate by leaf or stem cuttings, division, or seeds. B. U496 also propagates itself via small plantlets or tiny round tubers that form at the tips of the leaves and along the veins at the leaf margins. 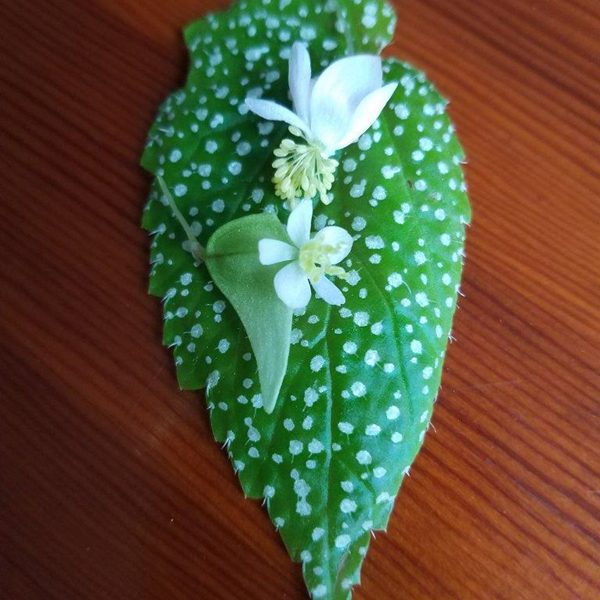 B. U496 with flowers nestled on top | Photo: Johanna Zinn