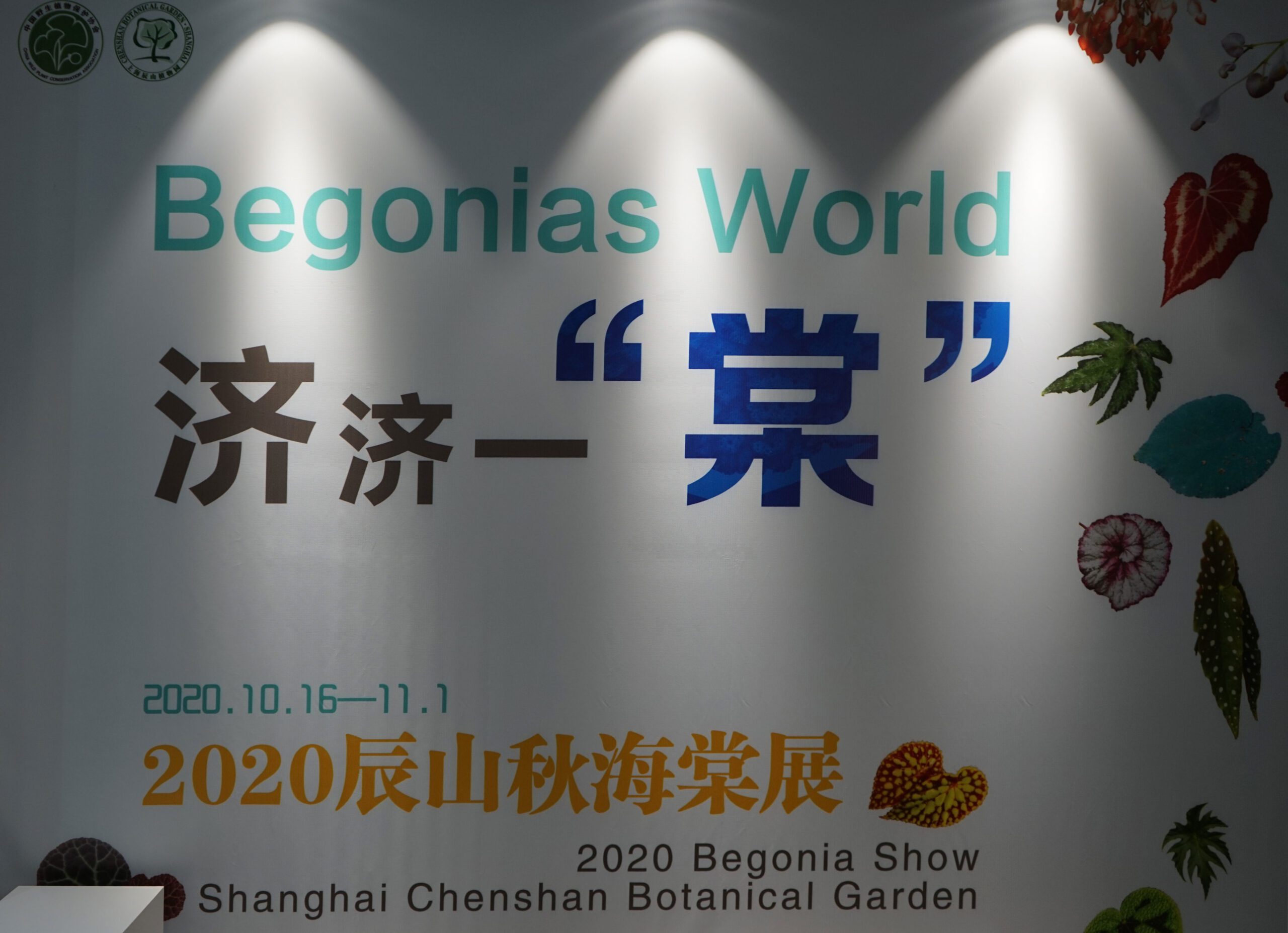 Begonia organizations exist around the world, formally and informally. Under the direction of the China Wild Plant Conservation Association (CWPCA), a new Begonia organization, named the Begonia Committee (BC) was created. It is the official Begonia organization of China, and its mission is to effectively conserve and purposefully grow begonias. Dr. Dai-Ke Tian and Wen-Ke Dong, a.k.a. Victor Dawn, led the collaborative effort to create the BC.

The BC is China’s first Begonia society. Dr. Tian, the recipient of the 2019 ABS Rudolf Ziesenhenne Award, is the Director of the BC. The Vice Director and Secretary positions are held by Wen-Ke Dong. Dr. Yu-Min Shui serves as an Associate Director. They are all members of the ABS and very active in Begonia research. Wen-Ke is the ABS Cultivar Registrar. The BC already has 100 members (including two “begoniacs” in their teens). It is governed by a Board that includes other BC Associate Directors and Secretaries.

The BC held its inauguration ceremony on October 18, 2020, at the Shanghai Chenshan Botanical Garden. The event included a Begonia show with over 100 species and cultivars. A tour of the Begonia Collection House was enjoyed by attendees. Awards were given to five “begoniacs” in China for their outstanding dedication. The inauguration featured a symposium with speakers from China and across the world, including Yu Pin Ang (Singapore), Mark Hughes (UK), and Stephen Maciejewski (USA), held via Voov (the Chinese version of Zoom). 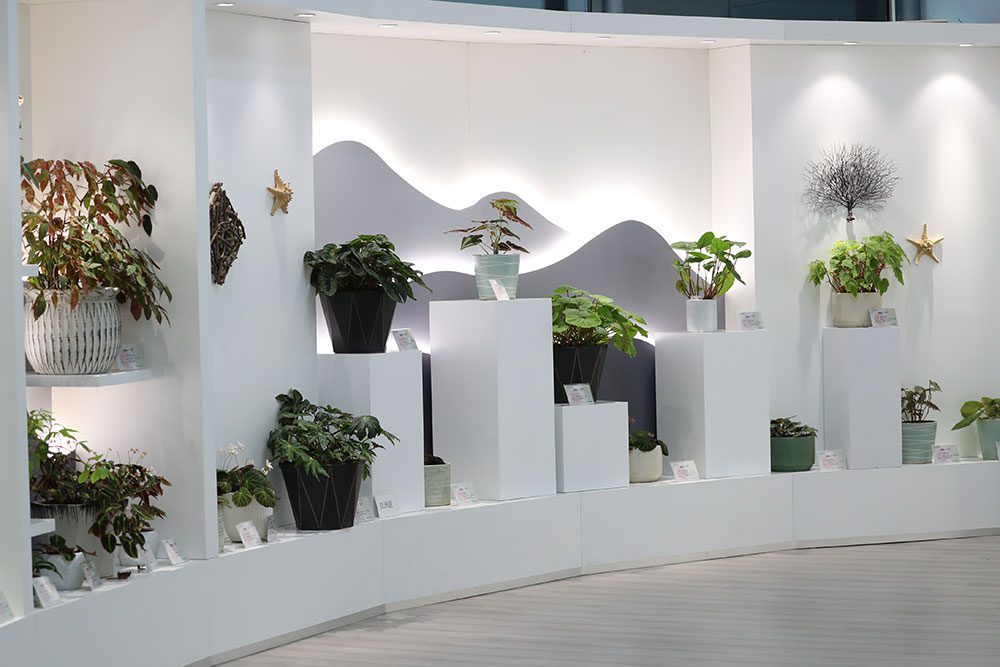 Begonias attractively displayed in the show. 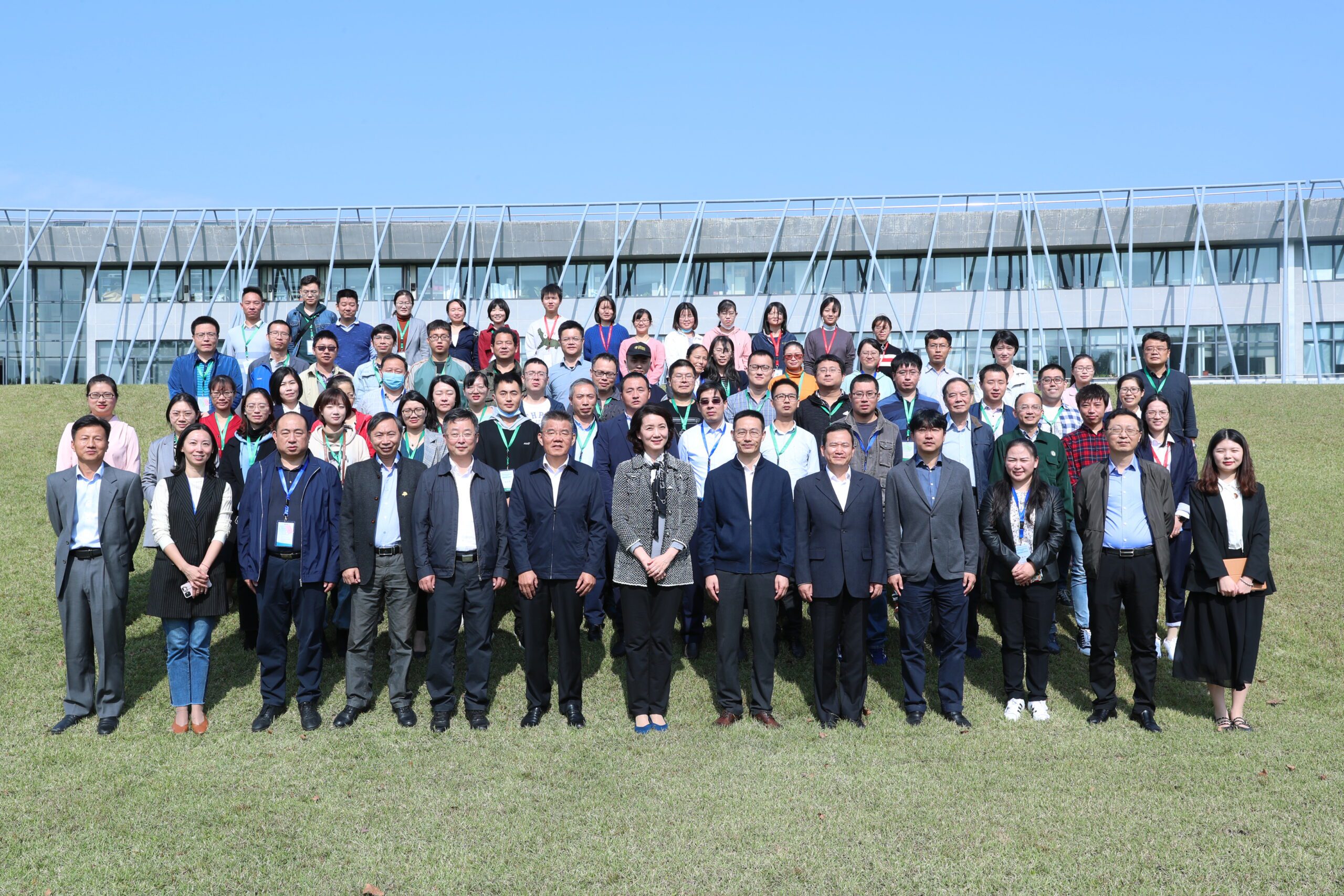 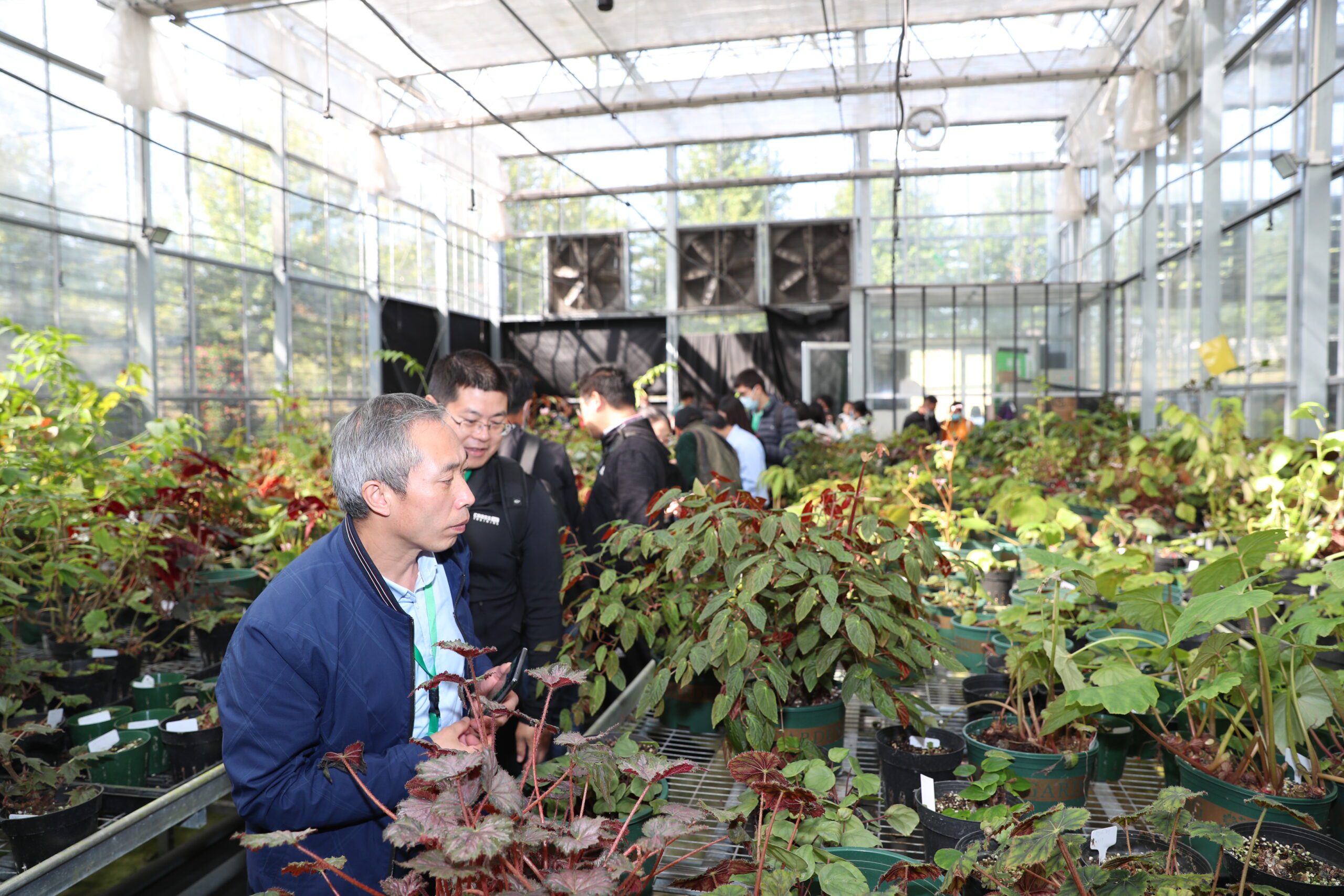 Attendees at the 2020 convention, in the begonia greenhouse.

The second annual Convention of the BC was held November 2021 at the Mt. Dawei National Nature Reserve, SE Yunnan Province. It included ecological tours in the Nature Reserve, a visit to an orchid greenhouse, and a tour of the Begonia House at the Kunming Botanical Garden. Nine speakers from China shared information, including Dr. Shou-Zhou Zhang, a consultant to the BC and from Fairylake Botanical Garden who spoke on Begonia genomics. Virtual lecturers from around the globe included Wisnu Ardi (Indonesia), Ross Bolwell (Australia), and Mya Bhone Maw (Myanmar). And, of course, awards were given to recognize those who made significant contributions to Begonia. 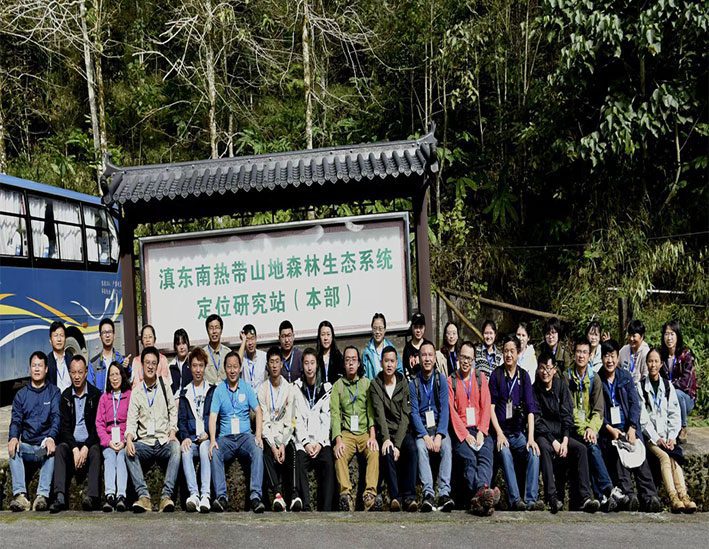 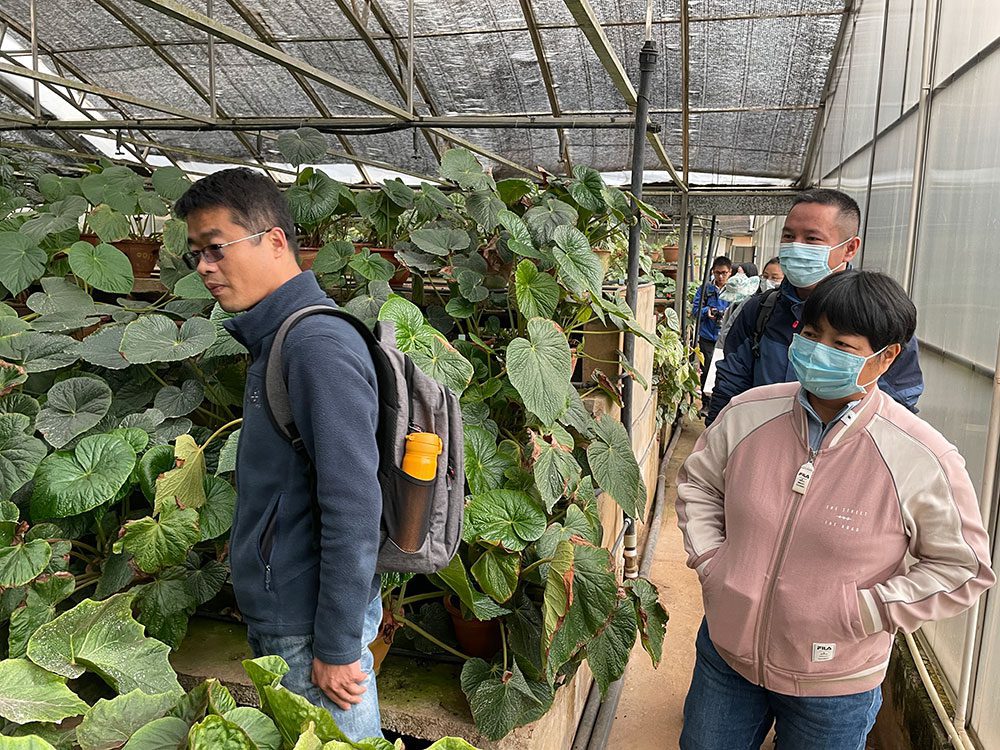 Tour of the Begonia House. 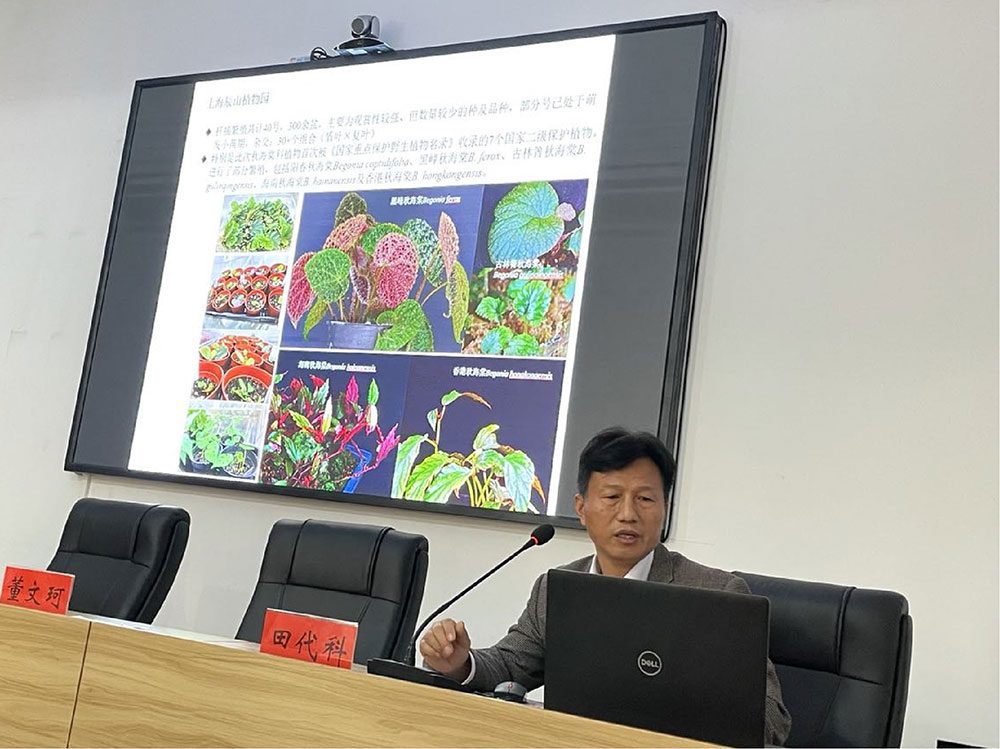 The goal of the BC’s efforts in the coming year is to release distribution and conservation status information on all species begonias in China, according to standards of the International Union for the Conservation of Nature (IUCN).

The third annual BC convention will be held in November 2022 at the Xiamen Botanical Garden in Xiamen, China.

Wen-Ke has made impactful contributions to Begonia in his work for ABS, the BC under the CWPCA and worldwide. He often expresses his thoughts that by coming together in a union, “we can do more, do better, and develop deeper bonds with Begonia lovers around the world, working together to save begonias.”