The feature for which B. lyman-smithii is known is the band of sub-marginal of rust-coloured hairs [trichomes] on the leaf surface. There is only one other plant in Section Gireoudia where the leaves have a band of sub-marginal trichomes, that is B. sousae. The leaf surface is dark green whilst the under surface of the leaves and petioles are mahogany coloured and covered with rust-coloured hairs. B. lyman-smithii is endemic to Mexico. It is a rhizomatous plant. The leaves of immature plants have silver spots. This plant was grown from seed acquired from AFABEGO in 2015.

In a shaded spot in a west facing glasshouse. Extra shading in the summer with shade cloth.

I use the Glasgow potting medium as described by Tebbitt in his book Begonias 2005. Sphagnum peat/Grit/bark/a little slow-release fertilizer 7:2:1 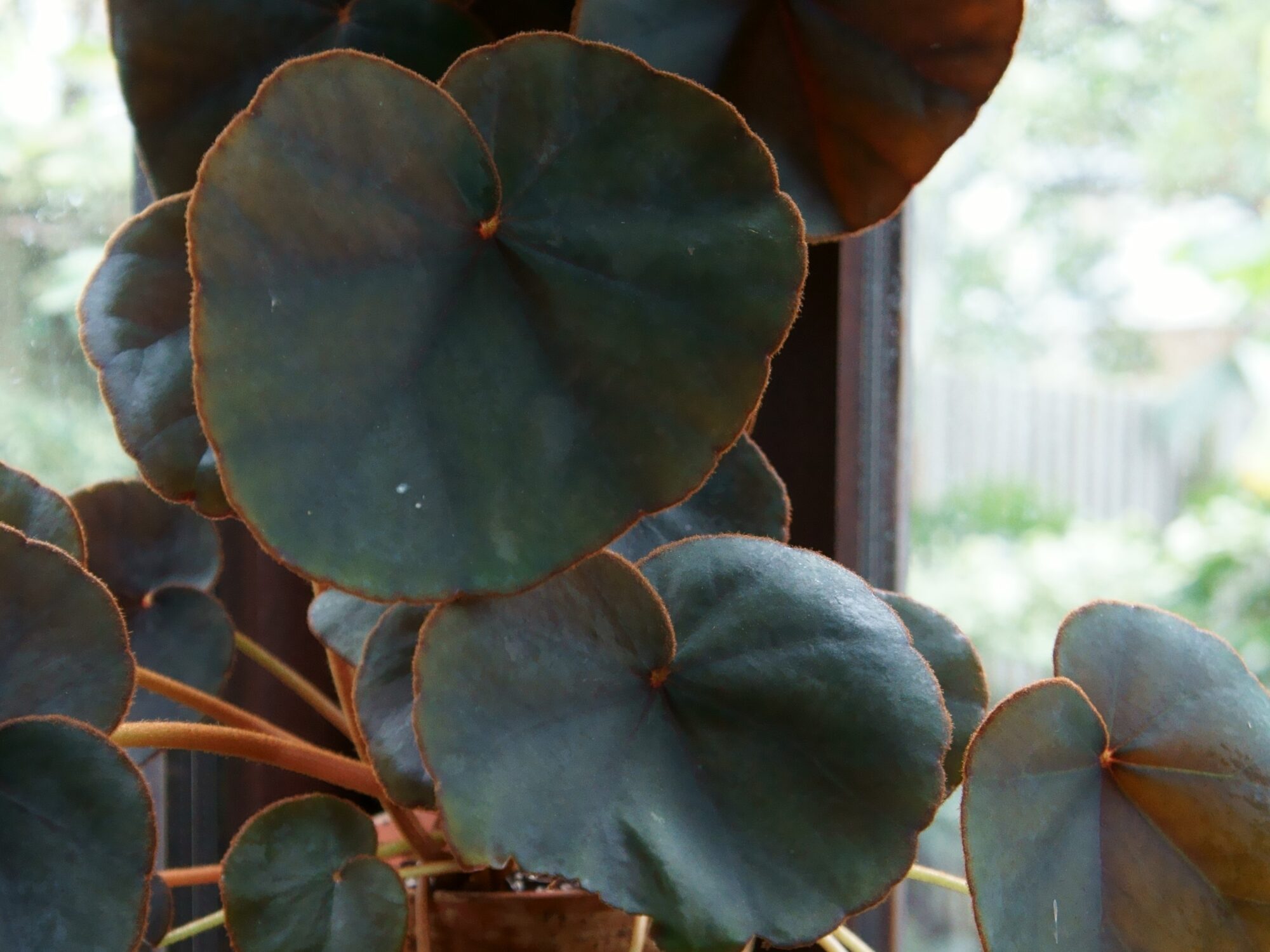 B. lyman-smithii | Photo by Tim Jemmott

A little slow-release fertilizer in the growing mix.

Seed was germinated under fluorescent lights. The lights were controlled on a timer, on for 14 hours a day. It flowers in mid-May and it is one of the last plants to flower.

Easily propagated by petiole, rhizome cuttings and from seed. 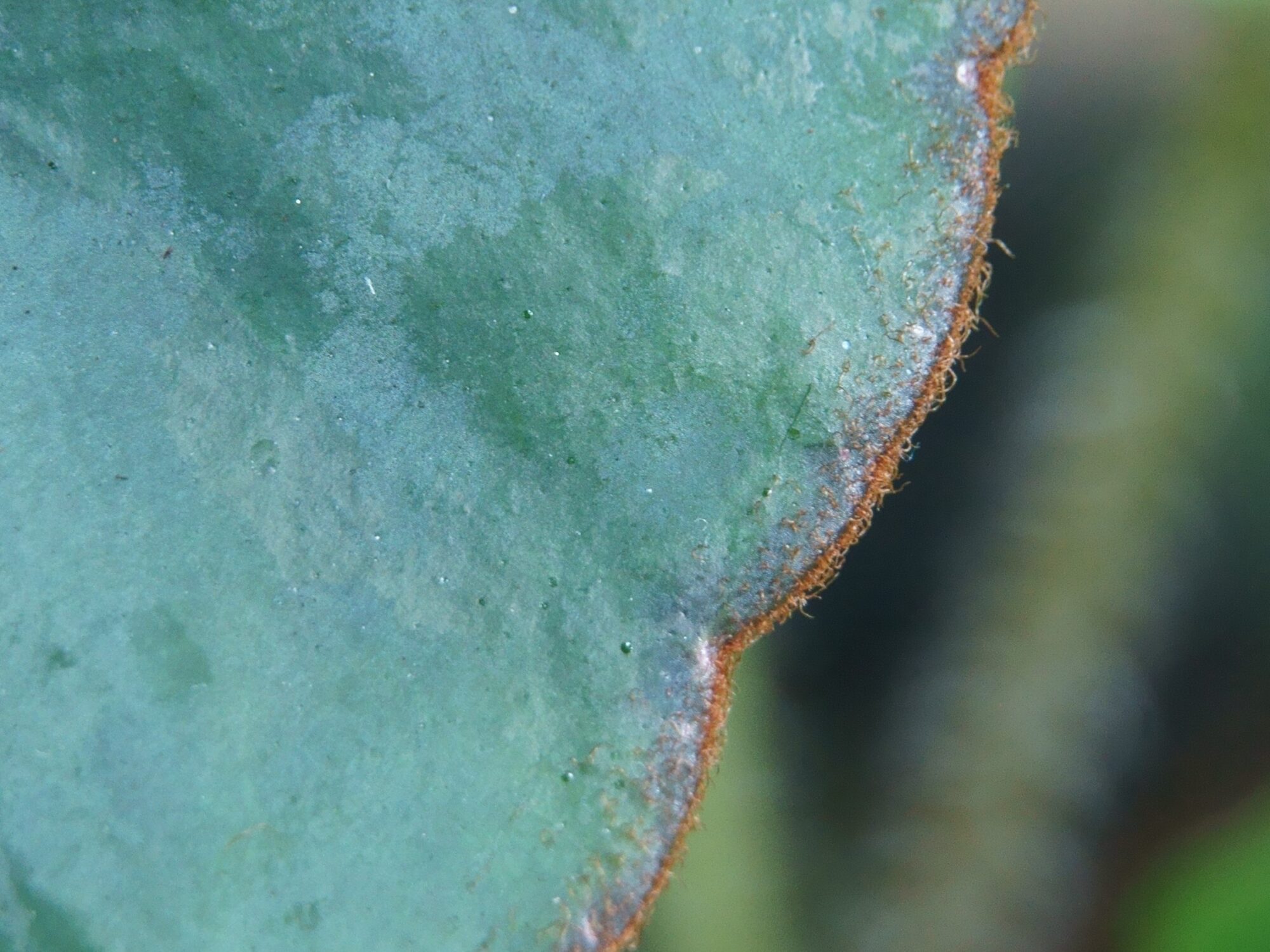 B. lyman-smithii | Photo by Tim Jemmott