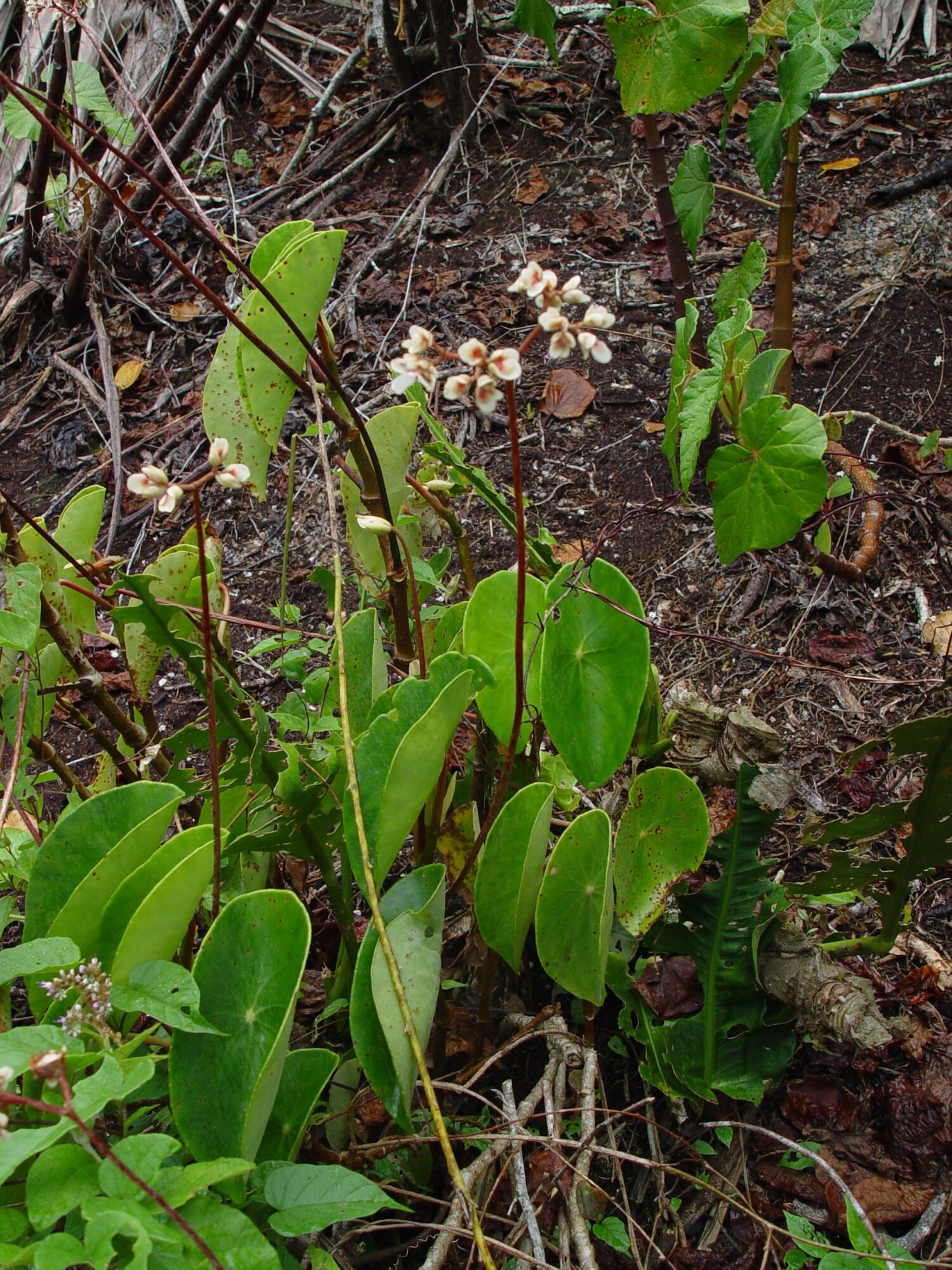 Begonia goldingiana is a South American Begonia species named after Jack Golding, an active ABS member from 1969-2009 and for over 40 years the ABS expert on Begonia nomenclature until his passing in 2009.  B. goldingiana was described by Ludovic Kollman in 2010 and named in honor of Jack’s contributions to the knowledge of Begoniaceae.

B. goldingiana has a shrub-like growth habit with succulent peltate leaves (10-19 x 6.5-13 cm ) that are similar to B. venosa; the leaves are felted in beautiful, fine hairs. Flowers are white (about 1 cm) and occur in spring and are on long stalks. The species is found growing on granite outcrops in the Atlantic Forests of South America. This habitat is drier than some other areas in Brazil, and its coating of hairs helps slow water loss from the leaves and allows it to survive the dry season.

B. goldingiana’s conservation status is listed as vulnerable due to its limited habitat. This Begonia is not widely in cultivation but is considered easy to grow as it is adapted to lower humidity, and just needs bright light with consistent soil moisture.

About Jack Golding:
Jack was a mentor to many and as an ABS member once described him “Jack was always an excellent help with everything and a stern, sharp critic of my many errors as I learned. I have more respect for him on begonias than anyone I know.” 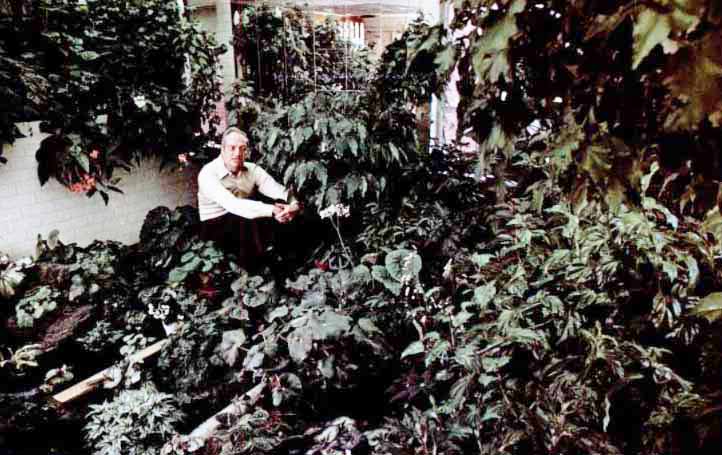 Jack Golding amongst his Begonia collection at his home in Kearney, New Jersey, circa 1973. | Photo Credit: ©New York Magazine. 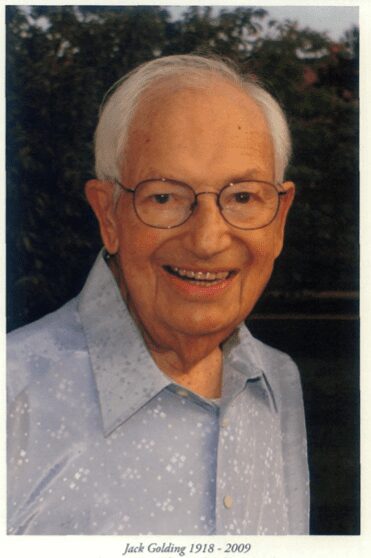 Jack Golding as he appeared in 2009. | Photo Credit: Golding Family