Virginia Kettler was perhaps a bit more of a recreational hybridizer than others. She was simply curious to see what happened when two plants were crossed. She was more engaged in trialing the works of other breeders in the Houston, TX area. So she tested hybrids for Don Asmussen, and displayed the new cultivars of both Don Asmussen and Stew Stewart in her backyard which was always overflowing with Begonias.

Virginia began growing begonias in the 1980’s and early on was cited for how well she grew the plants in her collection. She is remembered for being extremely generous and helpful, as well as being an excellent grower and providing plants for all the local ABS branch sales.

The cultivars of Virginia Kettler, range in release dates from the 1990’s into a few posthumous releases in the early 2000’s. Virginia was part of the Houston, TX area Begonia society branch and developed 21 named cultivars. All but one rhizomatous cultivar are cane types, though a few might be classified as Superba canes. 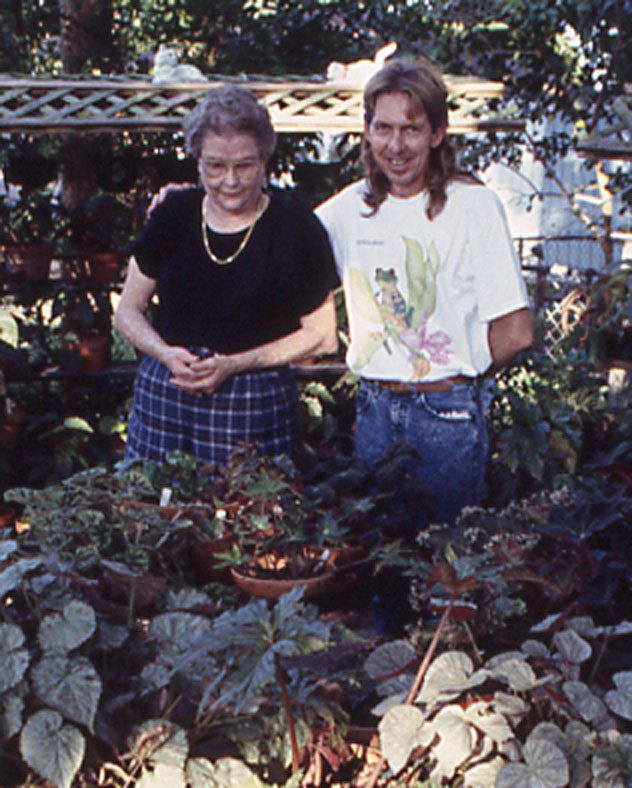 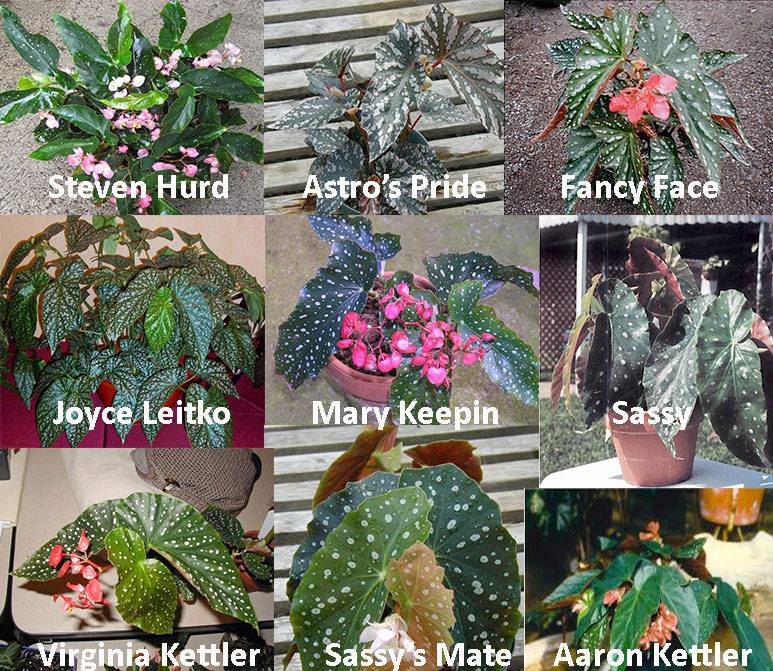 A selection of cultivars created by Virginia Kettler.