Brad Thompson was one of the American Begonia Society’s most productive members. He was an incredible hybridizer. Brad was also an artist; he acted as President, Editor, and many other roles within the administration of the society. Brad also developed a comprehensive website of solid information on how to grow and succeed with Begonias called “Brad’s Begonia World” as well, the website is now offline but the information was brought to ABS and can be found in the ABS bookstore.

His hybridizing career was mostly based in southern California, with 609 named cultivars on record. He worked at two of the largest Begonia producing nurseries of the time, Hi-Mark Nursery in Carpinteria, CA, and Kartuz Greenhouses in Vista, CA.

Brad was known for naming his cultivars after society members, and it should be said he was known as well for releasing many, very similar cultivars. His feelings on how unique a plant had to be for naming and release were quite different than many other hybridizers. While he may have received some criticism for how many plants he released, there is no doubt that he built so much community spirit and goodwill with his plants that the result was overwhelmingly positive.

Brad was quoted in a Los Angeles Times article in 2002 “Breeding begonias is a full-time hobby for me, I have the fame but not the fortune,” he adds with a laugh, then explains that money isn’t his motivation. “Once money is involved, it takes the pleasure out of it.” Brad passed away in 2018, but his cultivars are still sold around the world and act as a wonderful memorial to this man. Brad can also be found in our Hall of Fame. 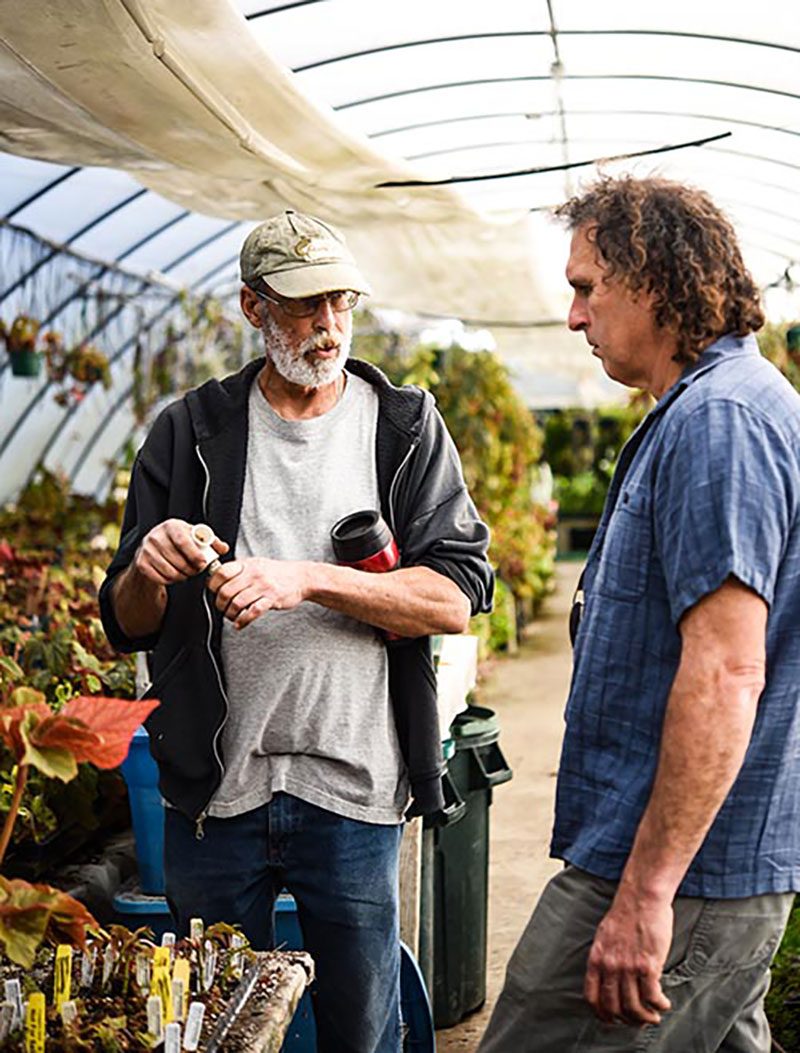 Brad Thompson, in the Kartuz Greenhouses, speaks with a visitor. Photographer unknown. 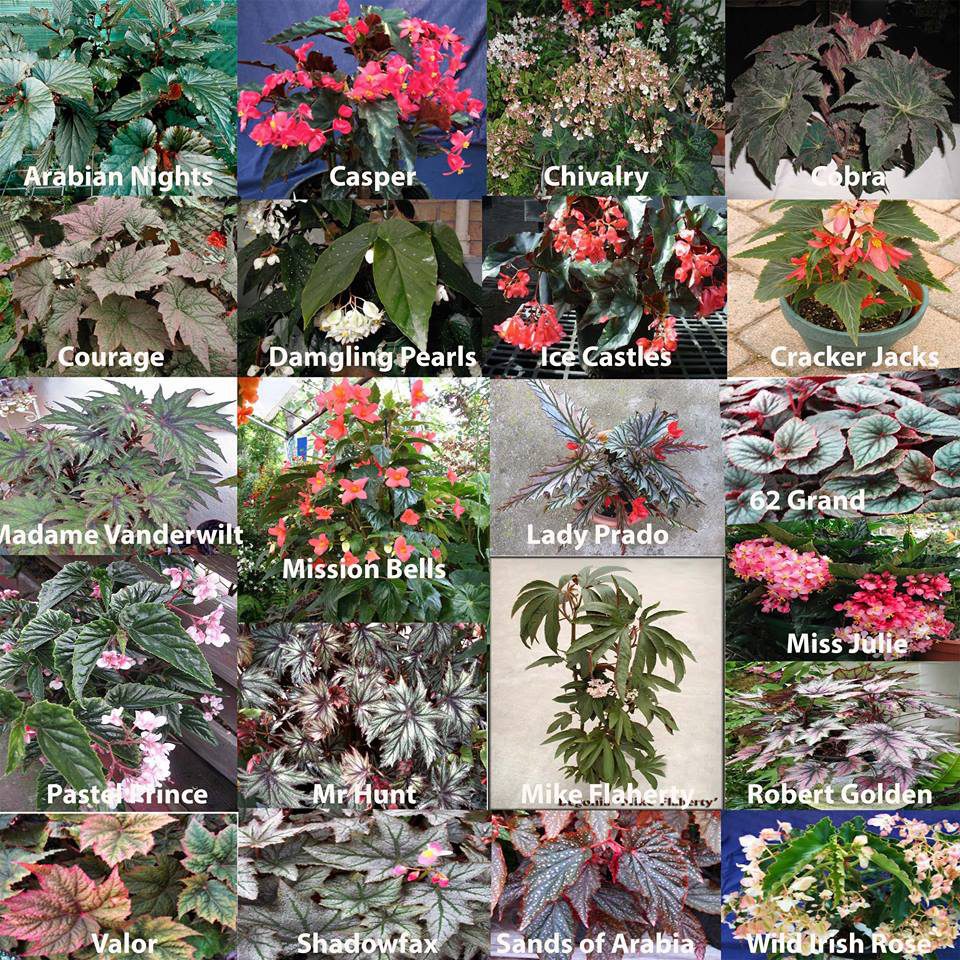 A collection of cultivars released by Brad Thompson.