Belva Nelson Kusler, hailed from Siren, Wisconsin and first mentioned in The Begonian in 1950 for her excellent collection of Begonias, but it was not long at all before she was introducing new cultivars! Her first release was the cane type B. ‘Anna Christine’ which was created in 1950, then registered and released in 1955. She spoke about developing B. ‘Anna Christine’. It was one of more than two hundred floriferous seedlings of ‘Salmon Rubra’ x B. dichroa, and the only one with dark leaves, brilliant flowers, and small stature. She wanted to produce begonias that could be raised indoors, so she did not use a greenhouse. All her hybrids were raised indoors. She said “My chief interest is in the production of plants, both beautiful and unique, that blossom profusely year round and are amenable to house conditions.”

Belva began growing begonias in World War II, she moved from Chicago to Wisconsin while her husband was in the Navy. She began hybridizing at the age of 55 and had returned to Wisconsin because it was where her roots were, her family had been part of a Danish settlement in that area. She and her husband Al (1910-2001) raised their two children, twins, Jon and Jill, and were now empty nesters so there was space and time to hybridize begonias. Quickly they filled her home.

By the 1960’s Belva was well known for her hybridizing, and Bernice Brilmayer wrote about Belva’s work in The Begonian October 1961. As was usual for those years, Belva’s hybrids needed an outlet so others could buy them and the supplier that Belva worked with first was Tropical Paradise Greenhouse in Overland, KS. 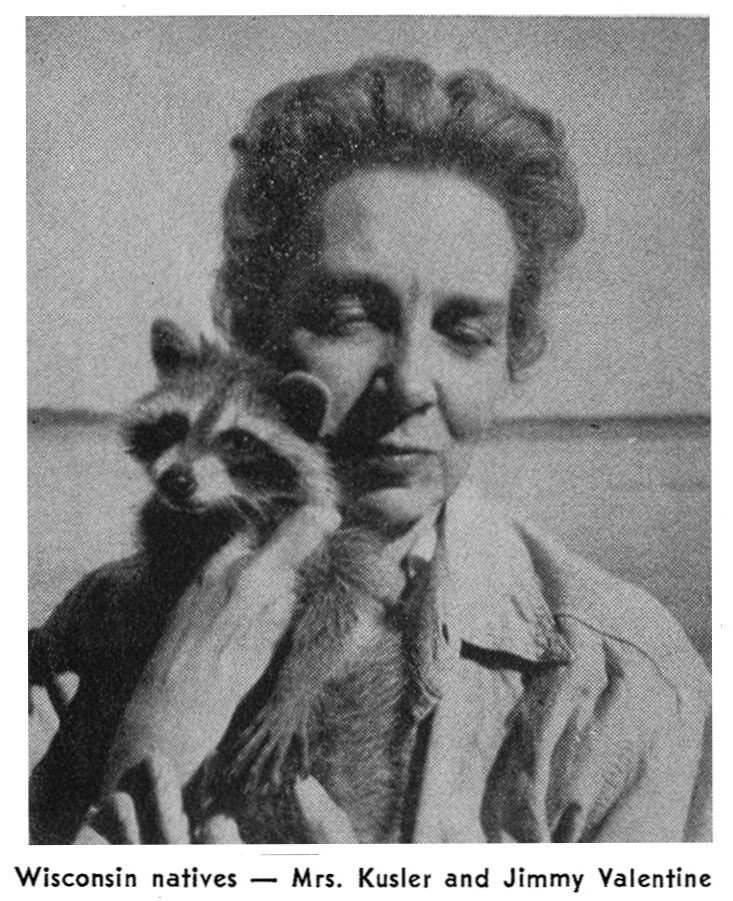 Belva Nelson Kusler and her pet Racoon, from The Begonian October, 1961.

Belva is best known for her development of the superba class of cane-like begonias. Through crosses with B. ‘Lenore Olivier” × B. aconitifolia, she along with Eva Kenworthy Gray in 1925 built a foundation that later hybridizers, like Irene Nuss, would complete in creating a whole new type of cane Begonia.

But Belva also did some interesting wide hybrids combining cane types with B. dregei, and using species like B. vellozoana × B. obscura to create B. ‘Gwen Lowell’. Or B. ‘Crispii’, which combines B. crispula × B. dregei. Belva also bred B. ‘Jean Herr’ which was a cross of B. kenworthyi × B. deliciosa. Belva has 44 named cultivars on record, predominantly cane-like and shrub-like forms.

In her own words, “So, for me, hybridizing Begonias remains my work and my pleasure, not a profession but more than a hobby, a means of creating beauty, though it requires patience, some sacrifice, and much labor (albeit a labor of love).” To her the greatest sin of a hybridizer was to introduce a plant that did not have unique characteristics and could not be easily identified. The greatest gift of a hybridizer was imagination, and the second greatest gift was the ability to cull and discard plants so that each introduction met the highest standards she could set (Howard Berg, The Begonian (63) 1996). 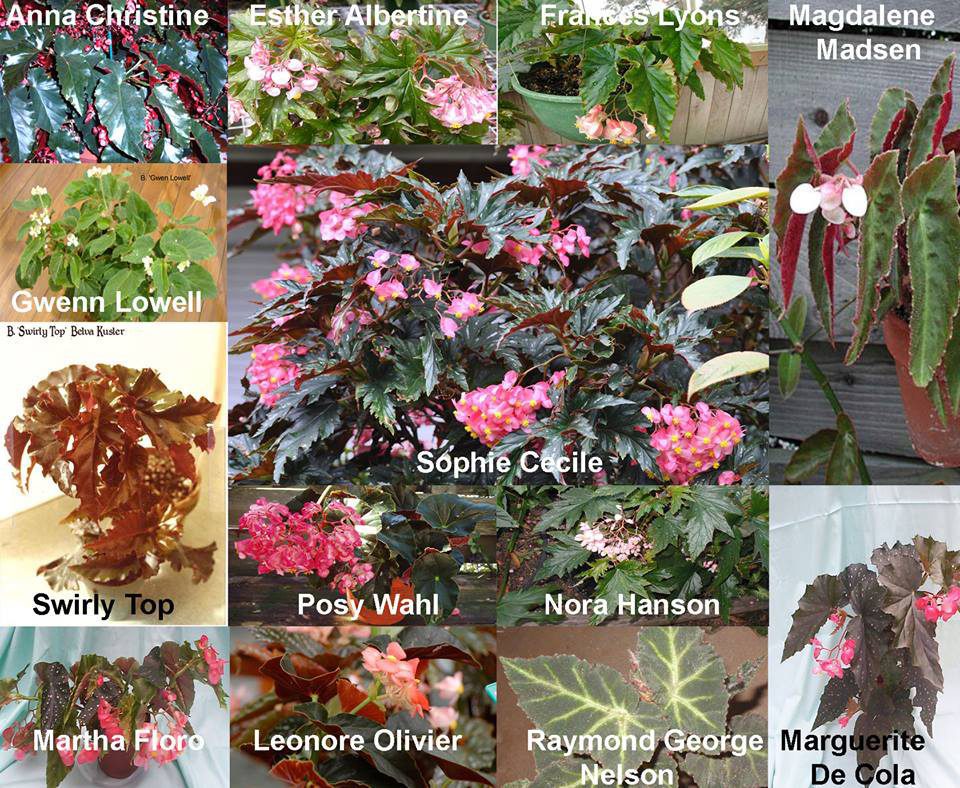 A selection of the cultivars created by Belva Nelson Kusler.