B. carrieae is in the section Magnusia. It was first discovered in Ocozocoautla in the State of Chiapas, Mexico by Thomas MacDougall on April 13, 1967. It was described by Rudolf Ziesenhenne in the May, 1976 issue of The Begonian, and named in honor of Carrie Karegeannes.

B. carrieae is a rhizomatous begonia. It sends out lateral rhizomes freely, which makes a nice full plant. It has large lobed leaves of bright lime green with a rugose surface; veins are deep set, giving the leaves a puffy effect. Leaves are covered with simple short hairs. Leaf stems are covered with scale-like hairs dividing into longer terminal hairs. The flowers are white, having tepals 3/4 of an inch long. B. carrieae blooms in late winter or early spring, and is a moderate bloomer. 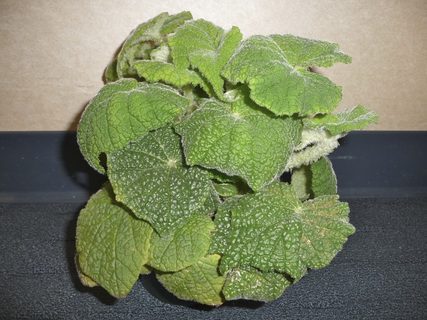 One August I received a 1″ piece of rhizome from Martin Johnson via Dan Haseltine. It was partially rooted, and had grown one leaf by the time I picked it up at Dan’s. I put it into a sweater box that contained a mixture of perlite and cut-up sphagnum to continue its root growth. In the fall I potted it in my usual soiless mix, adding an extra handful of perlite.

If you have tried B. carrieae and have not done well with it, use the following methods. I have taken most of this information from suggestions in past issues of The Begonian and find they have been helpful to me. Mary’s article first appeared in The Chicago Begonian. 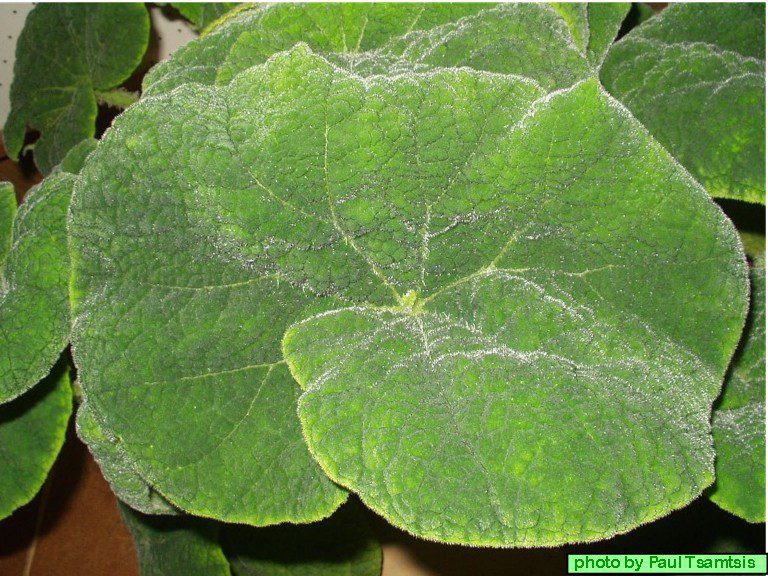