Rudolf ‘Rudy’ Ziesenhenne was the “Dean” of California Begonia growers, and “Mr. Begonia” to many others in the society. He was the backbone of science and taxonomy in the beginning of the society, and a friend and mentor to most other members of the Hall of Fame. His influence continued until his death in 2005, and he was celebrated and respected by all. Born to German immigrants in Chicago, Rudy moved to Long Beach in 1923, and married Margaret Selover ten years later. During the Great Depression, jobs were hard to find, but Rudy worked as a gardener for a time. 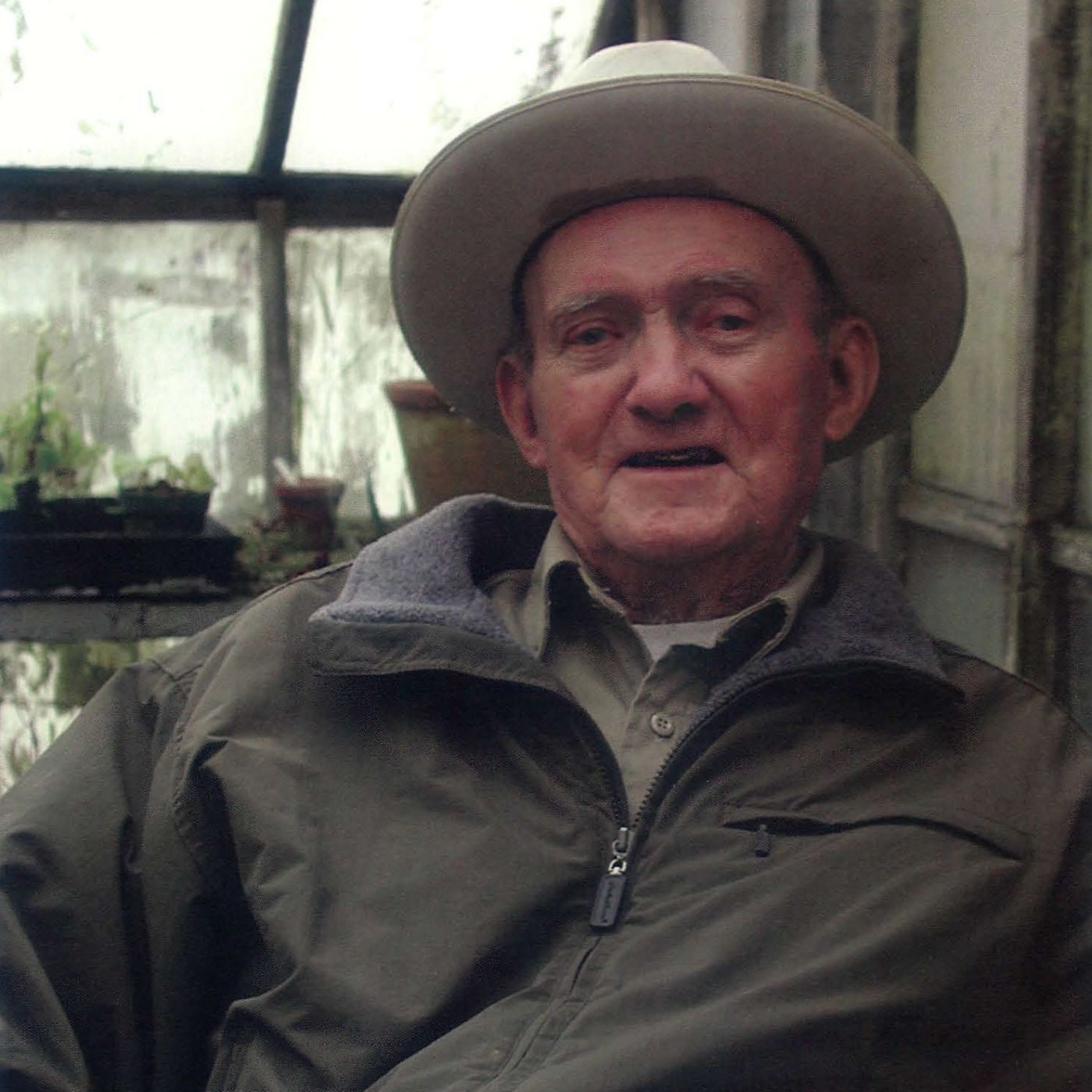 When his father-in-law purchased property in Santa Barbara, this enabled Rudy and Margaret to open a Begonia nursery. The California Begonia society was still new, though, and Ziesenhenne had yet to meet the other founders. 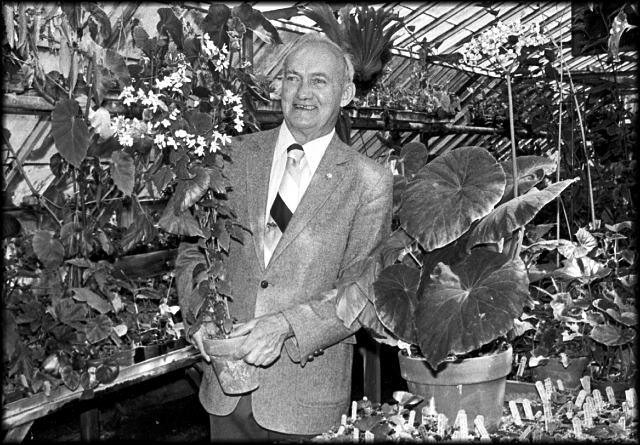 Herbert Dyckman approached Rudy with the idea of the society, but according to Judith Taylor, would not allow Rudy to join. It was only after the society became national, that Ziesenhenne was allowed to join. Rudy quickly became a member of the Board of Directors and involved at the signing of the incorporation papers for the American Begonia Society.

Rudy has always had time to help others, giving unselfishly of his time and knowledge. He has given over 210 Begonia talks to various groups and branches over the years. If there is a question of identification, culture, growth patterns, or hybridizing Rudy is there to answer it. His Begonia research work has placed him with the great ones of botany and horticulture and his name will always be synonymous with begonias. What greater praise and honor can be given this man, Rudolf Ziesenhenne, than the title bestowed on him by those who love him “Mr. Begonia” – Janet Brown, President ABS.

Rudy was a born scientist, so it makes perfect sense that he became the American Begonia Society’s science advisor, then Research Director in 1942. Rudy belonged to both the American Society of Taxonomists and the International Association of Plant Taxonomists. Nomenclature was crucial for the quickly expanding world of begonias. Rudolph handled nomenclature from 1953-1978. He received unknown plants from the wild, brought to him by explorers and traveling ABS members, and then needed to identify them for dispersal to the members of the society. Unlike botanists at large institutions, he did not have the benefit of an herbarium at his disposal. Ziesenhenne photographed each plant and drew its parts with exceptional accuracy. His descriptions were crisp, and he taught himself Latin to comply with academic requirements.

Rudy was a very busy hybridizer, but he had to be in order to generate the amount of seed he would sell, donate and grow for the society, as well as to make hybrids and test species for seeding true to type evaluation. His hybrids spanned the years, were in most categories and always something he loved to discuss. While B. ‘Freddie’ was one of his most popular, and named for his son; some of the other inspired, exploratory breeding work Rudy did shows in these cultivars. B. ‘Diclata’, B. ‘Gene Daniels’, B. ‘Joe Hayden’, B. ‘Ramirez’, B. ‘Rudy’s Luxurians’, B. ‘Delores’ and B. ‘Rudy’.

Rudy inspired at least two generations of hybridizers with ideas, plants, seed, pollen and confidence. Those others include Eva Kenworthy Gray (Ziesenhenne paid tribute to Eva when he named Begonia kenworthyi for her), Louise Schwerdtfeger, Irene Nuss, Brad Thompson, Margaret I. West, Elsie Frey, Barbara Rowe Philip, and Ruth Pease. Mr. Ziesenhenne was a very productive author and speaker. He gave over 210 talks on Begonia culture and taxonomy and he had an article in The Begonian almost every issue.

When given the opportunity to be recognized nationally by the society, he chose to have the Rudy Ziesenhenne Award for Editorial Excellence established and awarded in his honor.

It is truly one of life’s greatest honors to hold one of those awards as I know it is for other editors who have received it. Rudy of course will live on in that award and in the countless pages of The Begonian that he contributed. To say that he is admired by ABS members is surely inadequate; revered is a better description of our feelings. We have lost a great one and we will miss him. – Freda Holley, Editor: The Begonian.