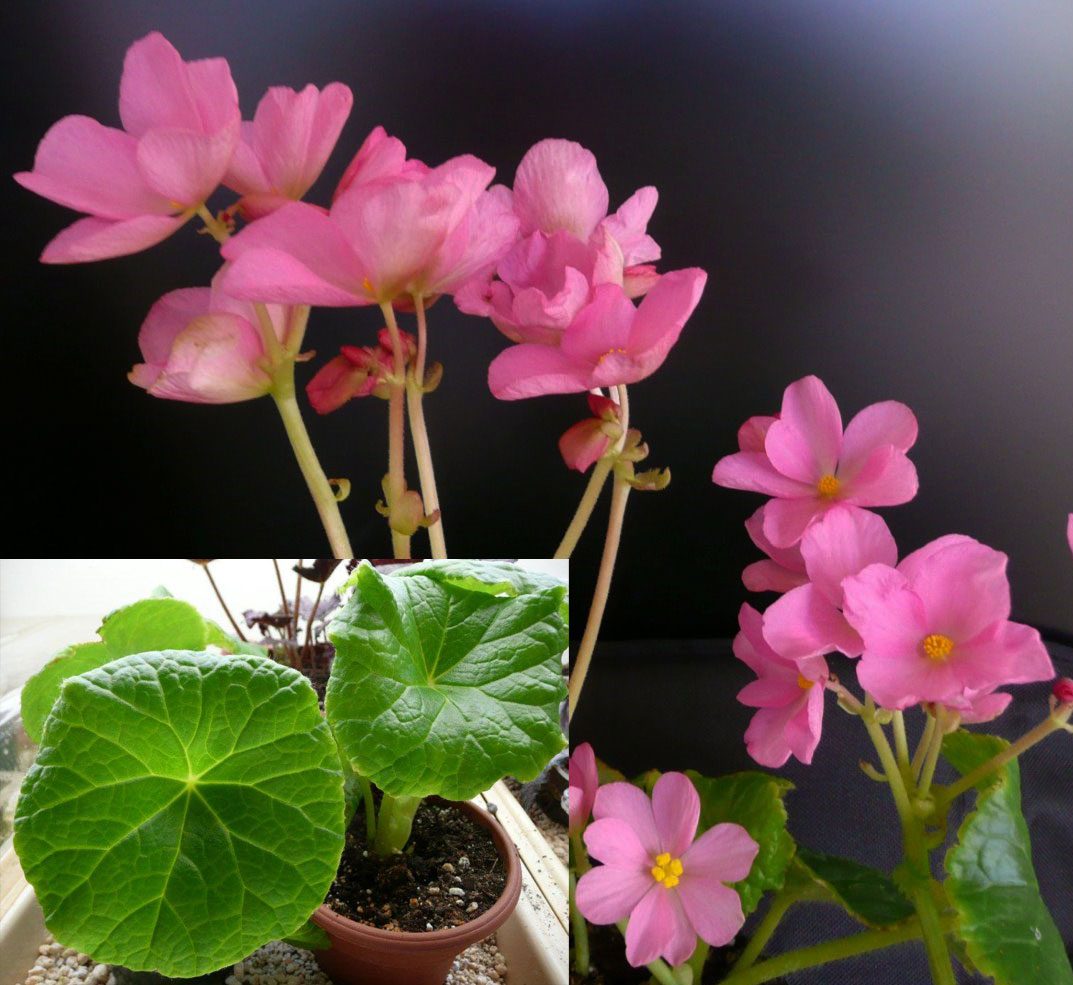 Here again, is a group of Begonia with no clear parent species; instead we have a conglomeration of species and cultivars all mixed together. These are complex hybrids of tuberous begonias and Begonia socotrana from the Island of Socotra (with a dash of B. dregei, B. ×semperflorens, and B. grandis subsp. evansiana).

A lot of this can be blamed on B. socotrana as it was the first winter flowering Begonia, and as such shocked the early Begonia world. Early hybridists crossed B. socotrana with their current B. ×tuberhybrida cultivars and created a new class which began appearing in the late 1880’s and were winter blooming, notoriously difficult to grow, but amazing in that they flowered almost all year in rich colors. By flowering in winter, they created an entirely separate market for these plants in the homes of the aristocracy.

The addition of B. socotrana led to two main types of Begonias.

1. ×hiemalis type = when B. socotrana was crossed with B. ×tuberhybrida the seedlings gave semi-double to double flowers. Sometimes plants formed a tuber – sometimes not. This group was misnamed the Elatior and Rieger begonias later in history. 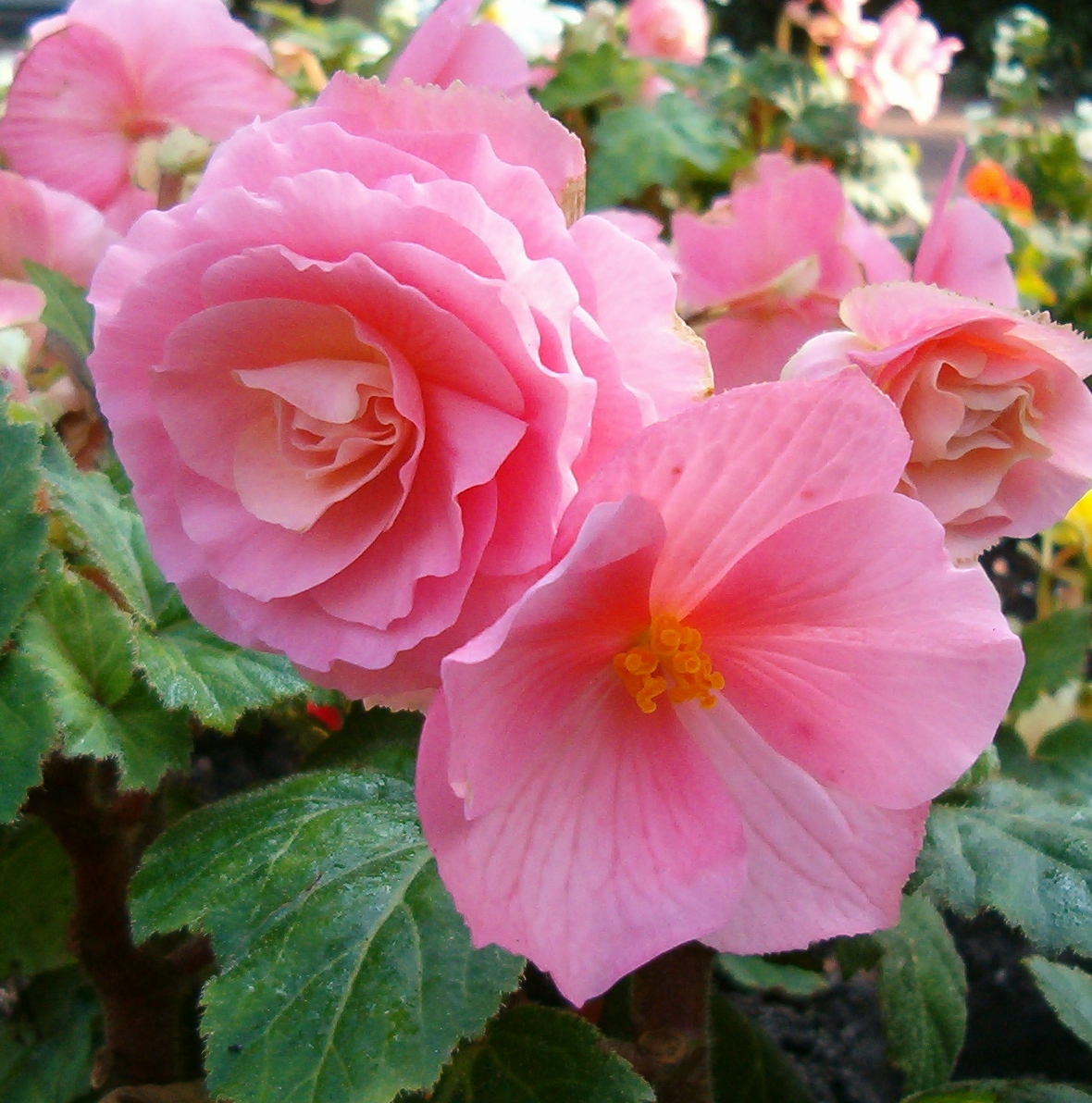 2. ×cheimantha = when B. socotrana was crossed with B. dregei it gave seedlings with single flowers in pink or white, and plants did not form a tuber. About All Those Names However neither Elatior or Reiger were the correct name for this plant, they were just marketing names that got added along the way. 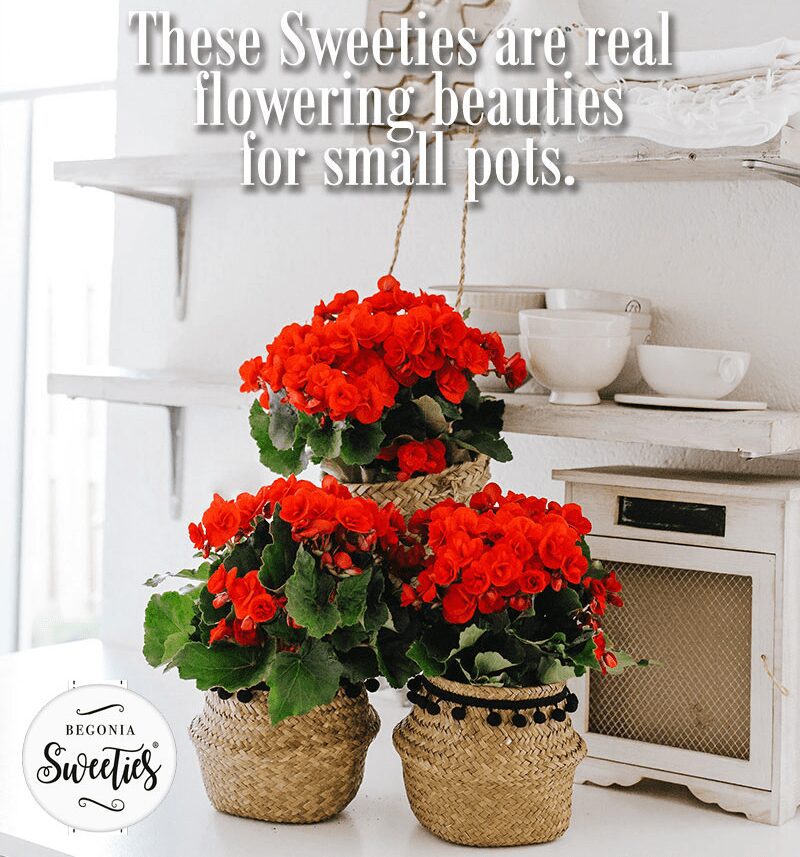 Due to Europe’s more accepting market for indoor flowering plants, the ×hiemalis types are more popular in Europe than in the United States, but this is changing. With all of this breeding going on, the plants in this group are still best grown as indoor plants. They can usually be found with other flowering houseplants in the garden center, and are becoming more common in fall and winter.