Sometimes I’m amazed that B. lanceolata is not only alive, but thriving in my care. After all, it is one of those “difficult to grow” begonias and has to make it through our South Florida summers.

It was given to me by a former member of the Miami Begonia Society who still grows a few begonias, but is primarily an orchid grower. I couldn’t believe she would entrust me, a new Begonia grower, with a start of this collector’s begonia. She assured me it was easy to grow under the right conditions. Her instructions were simple: grow it in a tree fern basket with a little potting mix, under the bench in the shadehouse in the coolest, shadiest spot. That’s where it has been growing for about seven years now.

It grows slowly for me, and only about two years ago was it large enough to divide. I like to have a spare of difficult to grow and/or hard to replace begonias. I put the division in a clay pot right beside the original plant. It struggled along, getting smaller, for a year or more until I finally repotted it into a tree fern basket. Now both of them are growing happily. 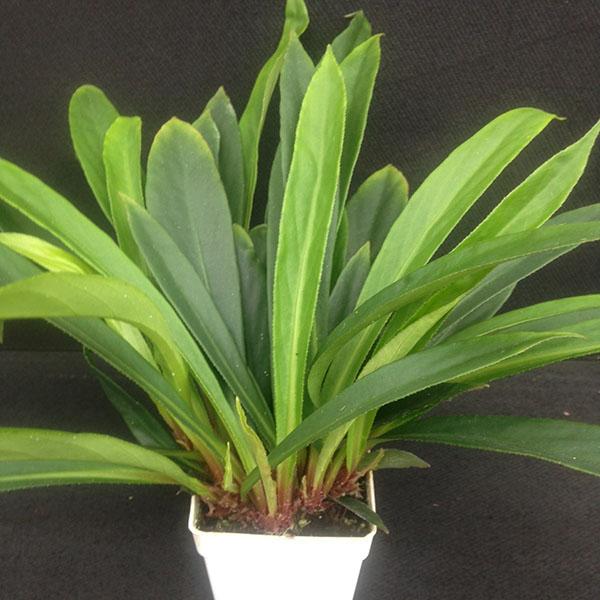 Imagine my surprise when I found out that my B. lanceolata had been awarded Best in Show at the ABS Begonias in the Rockies in Denver in July. First, I wasn’t planning to bring it, but my husband Doug insisted on packing it up along with four other begonias in 4-inch pots, to enter in the Traveling Begonia Division. Then Charles Jaros strongly suggested I enter it in Rhizomatous, Distinctive Foliage or Habit of Growth Division, so it would be eligible for Best in Show. (The Traveling Begonia Division is not eligible.) Surprisingly, it won!

Now my well-traveled B. lanceolata, after winning Best in Show in Denver and vacationing in Vail for a few days, seems content back at home under the shadehouse bench in Miami.

B. lanceolata is a species from Brazil, first described by Vellozo in 1831. It is classified botanically in the section Trachelocarpus along with, among others, B. vellozianna and B. herbacea all of which have 56 chromosomes which might mean that they could be crossed with some canes and shrubs for hybrids.