Begonia ludwigii was discovered in Ecuador in 1931 by E. K. Gray and described in 1937 by Irmscher. This makes it a relative newcomer to the world of begonias when compared with the first begonias discovered over 200 years earlier. It grows at higher elevations in the company of many tuberous species which are the parents of our modern tuberhybrida begonias. Although Ed and Millie Thompson classify it as thick-stem, trunk-like, non-ramified, mature specimens form a caudex underground, very much like some semi-tuberous species.

Further information from the Thompsons describes the flowers as creamish white blooming in the spring (and late winter). They consider B. ludwigii as a plant for the collector.

It is the seed parent for B. ‘Aquamarine,’ B. ‘Rudy’, and B. ‘Snow Peaks.’ B. ‘Silvador’ is a seedling clone of B. ludwigii. In other words, it appeared in a batch of seedlings from B. ludwigii that was self-fertilized. This plant is not easy to grow. It seems to want to go almost, but not completely dry, between waterings. The leaves are very thin, and it demands higher humidity. It does not grow very fast and wants fairly high light. A balanced fertilizer seems to be best for B. ludwigii. 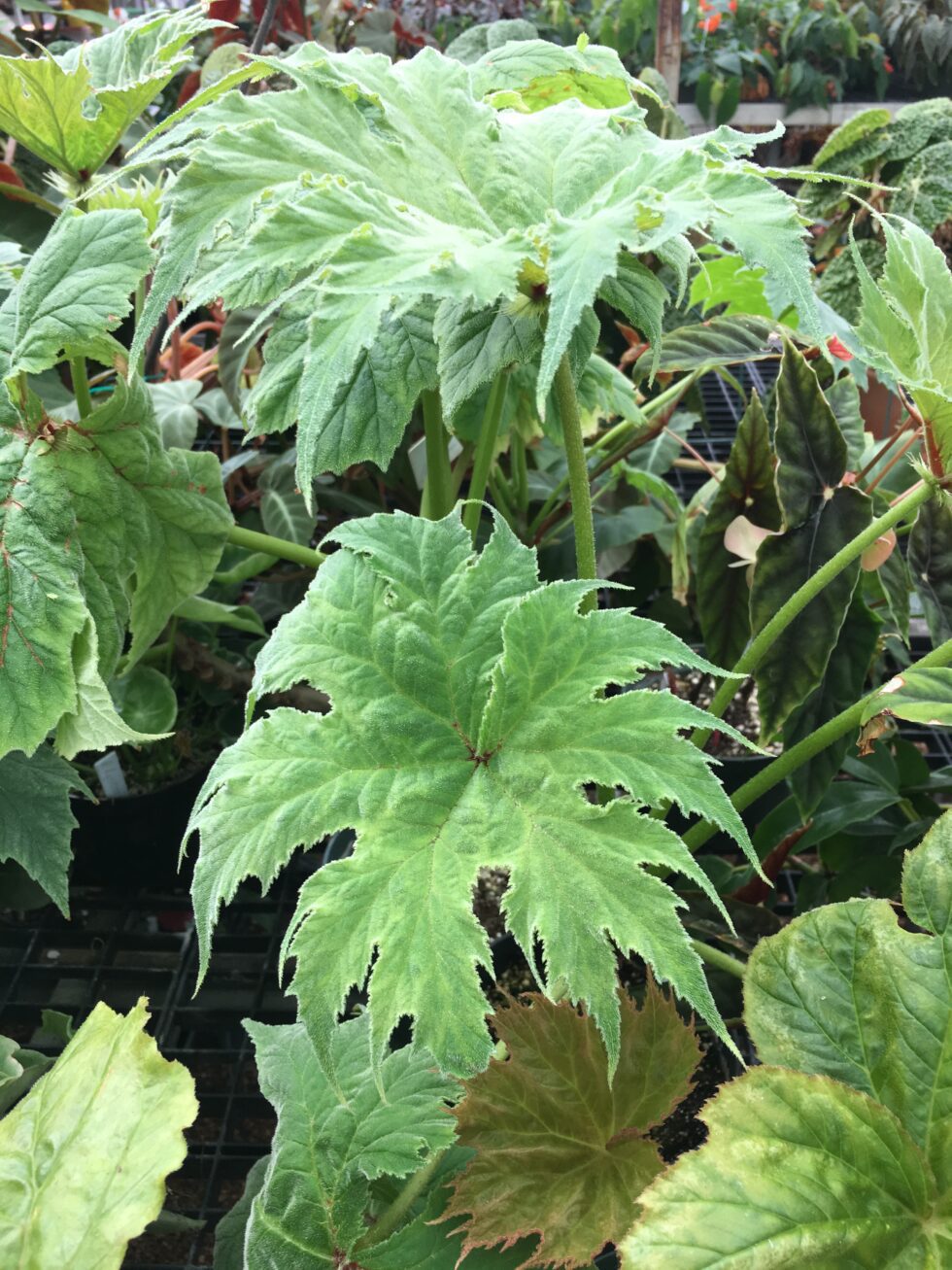 I have grown this plant from ABS Seed Fund seed and the leaves of juvenile plants are white spotted, a characteristic which disappears with maturity. The same applies to leaves on plants grown from stem cuttings, which is the only method for vegetative propagation.

Aside from the brief information provided by the Thompsons in their Begonias: The Complete Reference Guide, nothing else seems to have been written about this unusual begonia.

The plant used to illustrate this handout was grown by Past ABS President Gene Salisbury and was a winner at the 2003 National Convention, Our Begonia Heritage held in April in Oklahoma City. 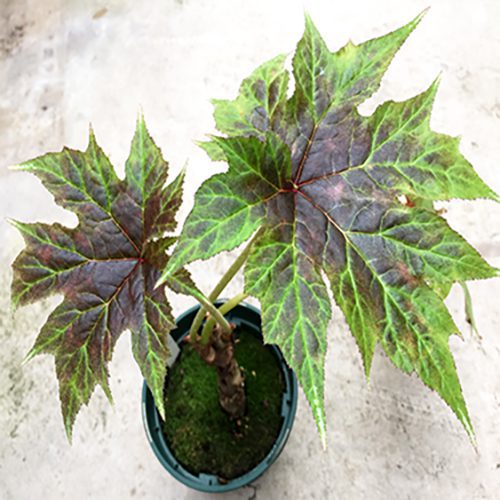