Begonia glabra in the Amazon

In the previous issue we published two articles where growers from the Northern Hemisphere gave details of the problems they had experienced with mildew during their recent summer season. As it will not be too long before similar problems may well beset us here in the south and we have not dealt in depth with this for some time, I would like to examine some of the aspects relating to it.

At the end of September, 1998 1 did a trip to photograph the rainforests of Peru. I was especially interested in the Amazon Center for Environmental Education and Research field station where a canopy walkway 400 m. (about 1200 ft.) long has been built.

It turned out that the ACEER field station is a combination research and education station/tourist facility.  They were very efficient at organizing an individual trip for me (They normally work with groups.) that took me from Iquitos to 3 forest lodges down the Amazon and up the Napo River: Explorama Lodge (50 miles, about 3 hours by boat), Explonapo Camp (another 50 miles down the Amazon and up the Napo), and ACEER (1 hour hiking).

A funny thing is that to go from Belem at the mouth of the Amazon, where I live, to the Peruvian Amazon I had to fly to Miami. There used to be a combination flight Belem-Manaus-Tabatinga-Iquitos, but for some reason (probably economical) it was cancelled. Anyway I was able to do some shopping in Miami!

I found beautiful forest at all three places with large trees and a rich palma flora, surprisingly little disturbed by the constant flow of tourists, but no begonias. (Contrarily to the Atlantic rainforest where I did most of my begonia photography in the past, begonias are not abundant in the Amazon rainforest.) Until the next to the last day at ACEER, that is. After a whole morning hiking in the forest with my guide and taking pictures, I was getting back to the camp; about 200 m. before reaching the camp, I finally ran into a scandent Begonia, which I first thought looked somewhat like B. convolvulacea (but it was out of the Atlantic rainforest range, where I had seen and photographed it); however, after research in the Smithsonian book, Begoniaceae by Lyman B. Smith et al. turned out to be B. glabra. The identification was further confirmed by consulting the Florula de las Reservas Biologicas de Iquitos, Peru by Rodolfo Vasquez Martinez (Missouri Botanical Garden, 1997). Of course I photographed it, and as I was close to the lodge I went back the next morning before my departure to take a few more photographs in a different light. 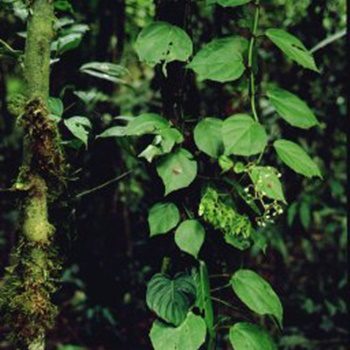 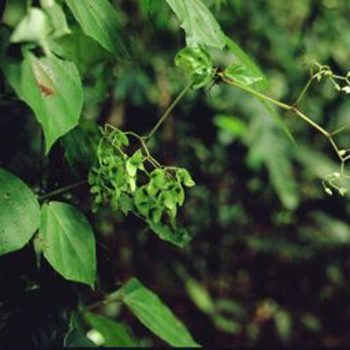 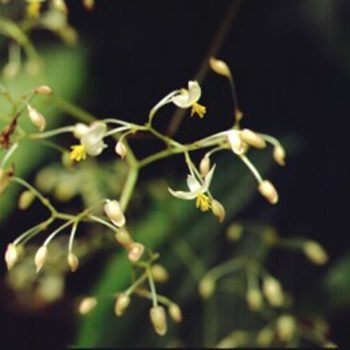 In the past I used to send actual slides to The Begonian editor. This time I scanned my slides (using the Olympus ES-10 film scanner; it’s the cheapest model, but for properly exposed pictures it does an adequate job) and I e-mailed the scans to the editor. So here you have a mixture of one of the oldest forests in the world with some of the most recent technology.