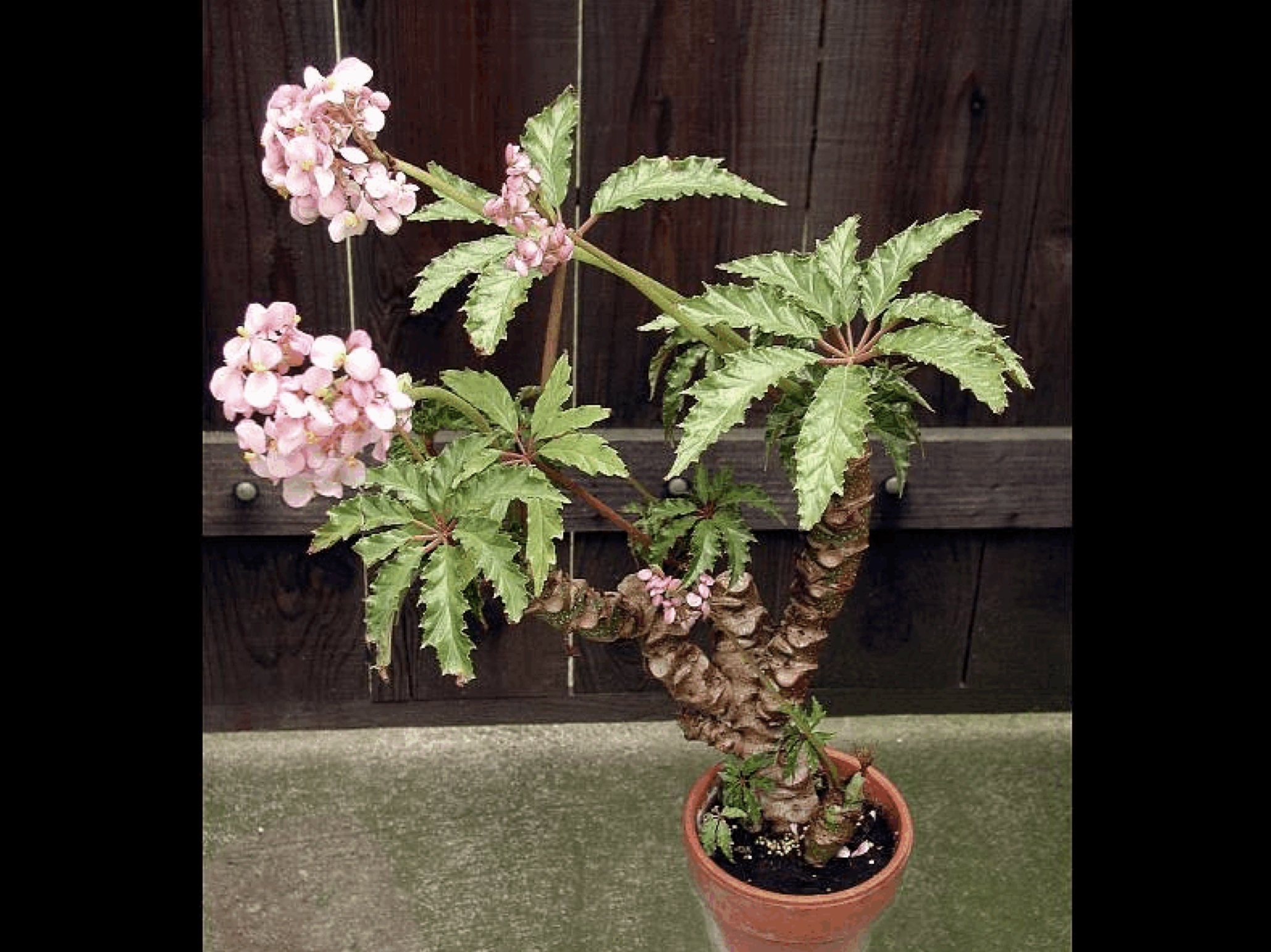 B. carolineifolia was described by Edward Regel, a Swiss botanist, in 1852. Amazingly, even though it is an easy-to- grow plant, little has been written about it. It is placed in the Section Gireodia and is native to Southern Mexico and Central America.

The plant is an upright rhizomatous with palmately compound leaves (looks somewhat like a palm frond).

It does not branch freely and becomes quite large when well-grown. It does well in the usual fast-draining, moisture retentive mix good for most begonias.

Flowers are pale pink and are produced in late winter and spring. B. carolineifolia is easily confused with B. thiemei ‘Purpurea’ as they both have a reddishness to their petioles. B. thiemei is a much greener plant.

Both B. thiemei and B. thiemei ‘Purpurea’ are harder to grow for me. B. carolineifolia is just a less demanding, sturdy plant. The ‘Purpurea’ variety used to be known as B. macdougallii.