An Old Begonia Gets a New Name 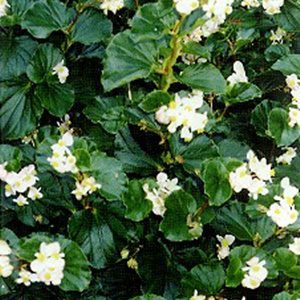 In a general article on begonias which I wrote for the December 2001 issue of Carolina Gardener I described a fibrous rooted semperflorens Begonia, which was referred to as the ‘Friendship Begonia‘ because it has been passed along among several generations of family members and friends. As best as I have been able to determine, it originated somewhere in the Norfolk, VA area before finding a home in the garden of a friend, Barbara Rogers, who also gave it to her neighbor in Anderson, SC. On a visit to Barbara Rogers’ garden I was astonished to see it not only growing in full sun in the inexorable heat of a South Carolina July but also at its size. While Barbara’s plants were a couple of feet high and as wide, those in her neighbor’s garden growing against a 5′ high chain link fence were almost as high as the fence and equally wide. Covered in white flowers they looked as happy and comfortable as though they were ensconced in the cool, moist rain forests of the Sierra Madre mountains of Mexico.

Since that momentous encounter I have introduced this Begonia, now known as ‘Barbara Rogers’, to Dr. Alan Armitage of the University of Georgia, who after growing it in his trial fields has given it a rating of 4 out of 5 for performance and hardiness to zone 7. After a recent lecture of mine at the J.C. Raulston Arboretum in Raleigh, NC on a trip to document begonias in Veracruz earlier this year [April 2004 trip to be described in the later this year], a prominent southeastern plantsman, Tony Avent, inquired about any begonias I might be familiar with which might be hardy to zone 7. B. ‘Barbara Rogers’ was the first to come to mind, and since then I have been able to pass along a clump of this Begonia to Tony to propagate at his renowned nursery, Plants Delight Nursery, Inc., at Juniper Level Botanic Gardens.

It will not be long before B. ‘Barbara Rogers’ makes it way not only across the southeast but perhaps also across the continents, as widely dispersed clients of Plants Delight Nursery begin to learn of its tolerant and easy going disposition accompanied by a propensity for rapid and robust growth which enables a well established specimen to grow some five feet in one season. 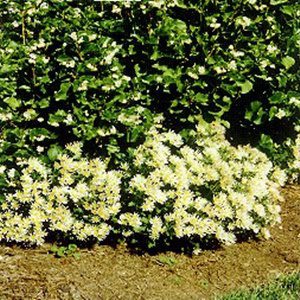 B. ‘Barbara Rogers’ close-up and on the fence above.