This plant was described by J.D.Hooker in 1868. It comes from an elevation between 3,500 and 5,000 feet in the Natal province of South Africa. It was collected prior to that and even offered for sale in the United States around 1865. In 1961 Irmscher did an extensive study in which he determined that seven different named begonias were really B. sutherlandii and that Hooker’s original name was valid.

The plant is tuberous and goes dormant in the winter. In the spring it comes back quickly and forms a low mound of small, bright, light green leaves. The leaf shape is ovate and the leaf margins are crenate.

The leaves provide an attractive background for the small bright orange flowers. In early fall bulbils form in the leaf axils. These bulbils lay on the soil surface and sprout in the spring to form new plants. Cuttings can also be used to form new plants. (My attempts to set seed have thus far proved fruitless.)

Because it is tuberous it needs little water in the winter. When in active growth water and high-bloom fertilizer may be used as with other tuberous varieties. The potting mix can be varied, but should be both moisture retentive and fast draining.

It can be used in hanging baskets quite successfully as the soft stems droop easily and the plant branches freely. Like most of the species from South Africa, B. sutherlandii is very mildew prone starting in the late summer.

It has been used in hybridizing as the seed parent at least five times, resulting in plants with varied classifications of tuberous, semituberous, cane-like and shrub-like. It is also recorded as the pollen parent five times producing three tuberous and two rex hybrids. Three of these hybrids were created by Patrick Pons-Worley; they are B.‘String of Pearls’ (shrub-like), B. ‘Heartthrob’ (a rex), and an unnamed rex. 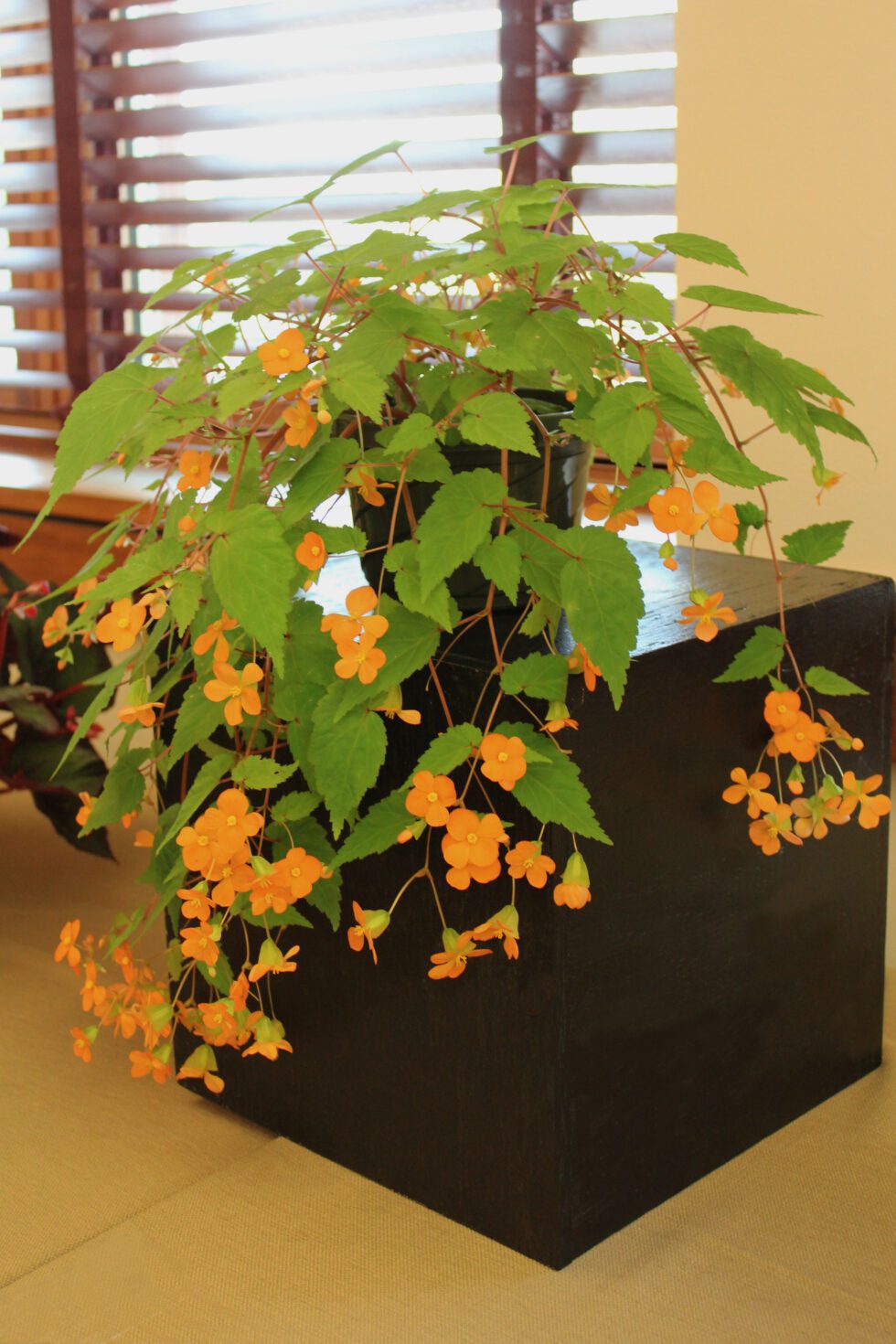